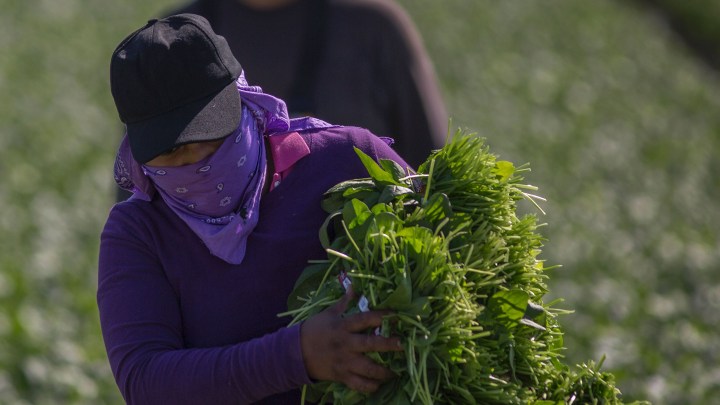 Democrats officially introduced President Joe Biden’s immigration bill in Congress Thursday. There is a lot in there: better technology for enforcing the border, a plan to process refugees in Central America before they get to the U.S.-Mexico border, and it would create a path to citizenship for the roughly 11 million unauthorized immigrants currently in the U.S.

That path would take eight years for these immigrants. But it would be faster for people with Deferred Action for Childhood Arrivals or temporary protected status — and for many unauthorized farmworkers.

Farmworkers who can show they’ve worked at least 400 work days in the last five years would be eligible for an expedited path to citizenship.

“They could apply immediately for green cards, and then apply for citizenship three years later,” said Julia Gelatt with the Migration Policy Institute.

Gelatt said that in addition to legal status, the bill would also provide more protections for people working in farming and agriculture.

“Farmworkers have been excluded from overtime pay under U.S. labor law, but this bill would open that up for them,” she said, and introduce new criminal penalties for employers who violate labor laws.

Clarissa Martinez at the advocacy organization UnidosUS said that including more protections for farmworkers in the bill and giving them a quicker path to citizenship “is an acknowledgement of the very important work that these farmworkers are doing and our dependence on their labor.”

Especially, Martinez said, during the pandemic.