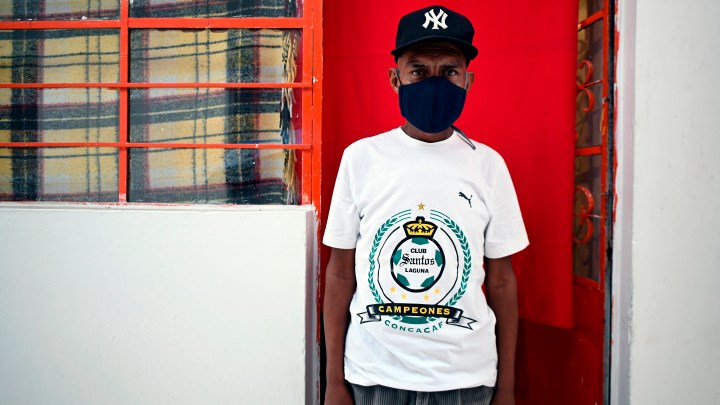 COPY
One economic researcher says almost 1 in 5 people in the Mexican labor force have lost their jobs. Pictured: Andres Tolentino Hernandez, who lost his job at a printing workshop when the virus hit. Alfredo Estrella/AFP via Getty Images
COVID-19

One economic researcher says almost 1 in 5 people in the Mexican labor force have lost their jobs. Pictured: Andres Tolentino Hernandez, who lost his job at a printing workshop when the virus hit. Alfredo Estrella/AFP via Getty Images
Listen Now

According to Mexico’s government, nearly half the country’s population lives below the poverty line. And the coronavirus pandemic threatens to make those numbers worse.

Marcelo Delajara, an economic researcher at the think tank Centro de Estudios Espinosa Yglesias, said about 46% of Mexico’s population is low-income. The country has high inequality and low social mobility.

Delajara said the economy wasn’t growing before the pandemic, and it was damaged by the Trump administration’s threats on trade. Now, with COVID-19,  he said almost 1 in 5 people in the labor force have lost their jobs. And there’s little that the government provides for relief. Mexico doesn’t pay unemployment insurance.

But President Andrés Manuel López Obrador has defended his strategy. In a recent press conference, the president said his government is tightening its belt by cutting expenses and the salaries of some government workers.