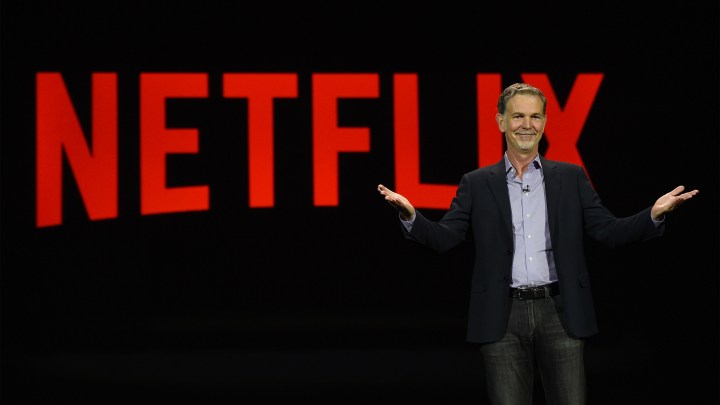 If there’s a deep dent in your couch from all the Netflix watching during quarantine, you’re not alone. The company recently announced its new viewership is double what was expected.

Tim Hanlon from media consulting company Vertere Group cautions against reading into that too much. “Subscribers, and viewing, doesn’t translate into profits,” he said. “Even [Netflix CEO] Reed Hastings said in his call today, he expects those growth numbers to be relatively short-lived and will sort of tamp down as the virus starts to play out and people start to go out again.”

So it might come as a surprise that Netflix also announced it will be raising $1 billion in debt to acquire and produce new content. Netflix has always done this, but as the economic crisis deepens, many wonder whether that’s a sustainable model.

There are more streaming platforms than ever competing with Netflix, trying to tap into that captive audience. Meanwhile, Netflix has been losing licensed content, shows like “Friends.” “The Office.” “Scandal.”

It’s been pivoting to original content for quite a while now — and that costs more money upfront than licensing an old sitcom. Rahul Telang, with Carnegie Mellon University, said investors understand that. “At the end of the day, this business is going to be about who can make the show that people are willing to pay for.”

Netflix’s debt has always raised eyebrows. But with the pandemic, it’s hardly the only streaming service making investors concerned. Consider its competitor Disney. Eric Haggstrom is an analyst with eMarketer. “Their parks are shut down. Live sports are canceled right now, which is bad for ESPN, which is also owned by Disney. What I will say is, Netflix is in a much better place than many of their competitors.”

Netflix’s cash burning might seem risky. But at least they don’t have a bunch of empty roller-coaster rides to worry about.