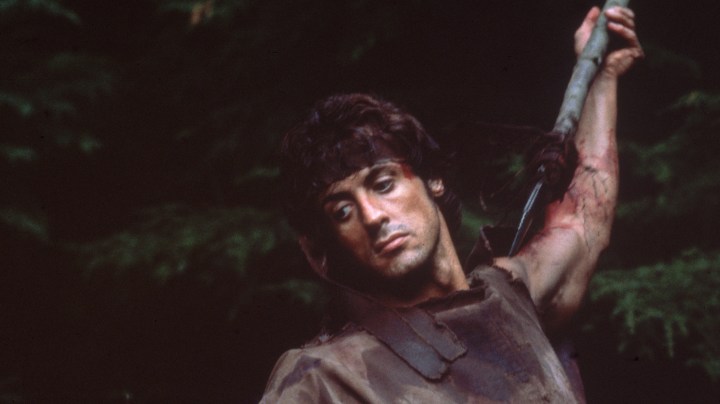 Hulton Archive/Getty Images
By The Numbers

The hyper-masculine Vietnam War veteran John Rambo has returned to the big screen 37 years after his debut. For the fifth time, Sylvester Stallone plays the rogue hero in what is meant to be the last of the franchise: “Last Blood.”

The franchise started in 1982 with “First Blood,” based off David Morrell’s 1972 book of the same name. Somewhat ironically, Morrell would go on to write novelizations of the next two films, “Rambo: First Blood Part II” and “Rambo III.”

While Rambo might be Morrell’s biggest claim to fame, he’s not too excited about the franchise’s most recent installation, tweeting that he’s embarrassed to have his name associated with it.

According to Newsweek, Stallone consulted with Morrell on the script, but ultimately finished it with Matthew Cirulnick.

Though Morrell and critics didn’t love “Last Blood” — it has a 28% on Rotten Tomatoes — fans are turning out to see it. “Last Blood” opened third at the box office its opening weekend, grossing nearly $19 million, with a $50 million budget.

Of the five Rambo movies, “Rambo: First Blood Part II” is the best performing, grossing a total of $150 million. It was also the only in the franchise to be nominated for an Oscar. It lost the 1986 Best Sound Effects Editing award to “Back to the Future.”

And while the movies are well-known, you may not have heard of Rambo, the TV show. The 1986 animated show only ran for one season, but somehow cranked out 65 episodes with titles like The Ninja Dog, When S.A.V.A.G.E. Stole Santa, and Night of the Voodoo Moon.

In addition to Morrell’s novelizations of the later movies, they were also turned into comic books. And while Rambo may be a classically American character, his appeal reaches fans far and wide. A Bollywood remake is set to be released in October 2020.

And, of course Sly Stallone wouldn’t miss the opportunity to sell some certified Rambo gear on his own site. A replica Rambo military duffle bag prop goes for $100, and you too can snag the J. Rambo Tactical backpack for $85.

Even though Sly might not be as … sly at 73 as he was at 36, he still drew crowds — older crowds, that is. According to Variety, 66% of the latest Rambo audience was older than 25. 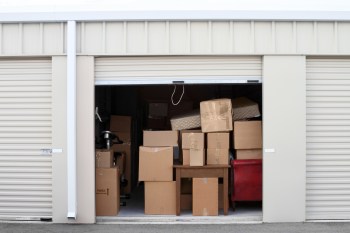 Self-storage space is down and rents are way up