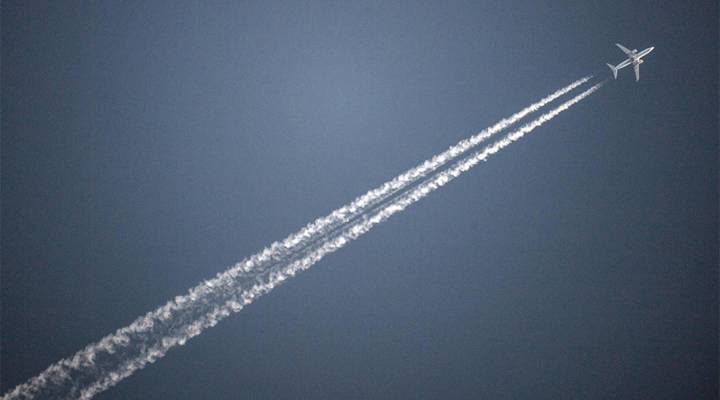 Can we agree that flying these days is kind of the worst? It feels like the changes airlines have made are rarely in our favor. Take smaller seats, narrower aisles and baggage restrictions. Plus, consumers have lost some technological ground.

When the Concorde stopped flying more than 15 years ago, we lost access to super fast flights across the ocean. Now some companies are working on ways to bring supersonic travel back for commercial flights within the next decade. They’re talking everything from Mach 1, the speed of sound, to many times faster than that.

Jed Kim talks with Guy Norris, a technology editor at Aviation Week. He says at Mach 2.2, flights from New York to London would go from six hours long to just under three. He expects we’ll see companies ease into this market, rather than make a space-age leap. The following is an edited transcript of their conversation.

Guy Norris: The thing about high-speed flights is that there has been talk of hypersonics and developments which are beyond Mach 5. But Boom Supersonic, a startup company in Colorado, is saying that rather than any dramatic step into sort of “Star Trek” territory, it’s looking at supersonic flight that is actually doable today. After all, it’s been 50 years since Concorde technology really was brought to bear on the problem. So in all that time there have been so many new developments and structures and systems. Companies like Japan Airlines and Virgin Atlantic have both provisionally signed up and said, “Yes, we’ll take it if you can build it.”

Jed Kim: Who is the market for supersonic transport? Is it people like your average flyer?

Norris: The initial market will almost certainly be led by the business aircraft users, the high-net-worth individuals or corporations. But the overall target is the people who would normally fly in the front end of your average trans-Atlantic or trans-Pacific airliner.

Kim: What are the challenges that companies are going to have to overcome in order to bring back supersonic flight?

Norris: Well, the main problem that they face currently, in the United States, is that they are not able to fly supersonically over land. The reason for that, of course, is that when an aircraft flies faster than the speed of sound, it generates this sonic boom. That’s remained a major challenge to everybody. So one of the things that is underway is that NASA is currently looking at a research program called the X-59. That’s going to try and test the responsiveness of the public in the U.S. to whether you can specially shape an aircraft so that that boom will be reduced to more like a thump.

Kim: I have to ask, have you ever flown on a supersonic plane?

Norris: You know what, to the end of my days I’ll regret not having the chance to have flown on Concorde, although I’ve been lucky enough to fly in military aircraft at faster than the speed of sound. But, you know, I always wished I’d been able to sit there drinking champagne rather than breathing through an oxygen mask.