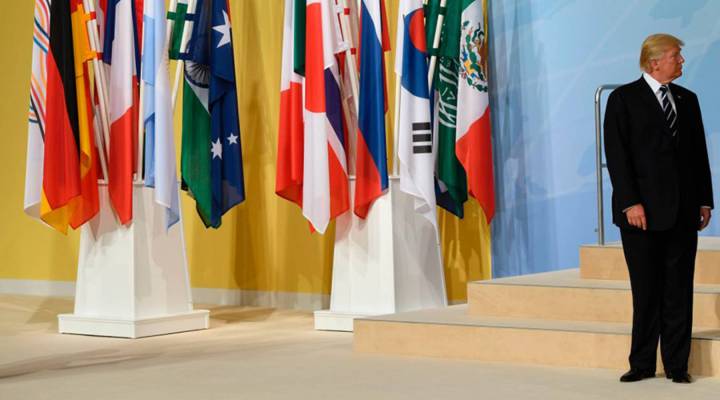 COPY
Economists are split on whether Donald Trump's presidency is behind the boom in the economies and stock markets of Europe, China and Japan. SAUL LOEB/AFP/Getty Images

Economists are split on whether Donald Trump's presidency is behind the boom in the economies and stock markets of Europe, China and Japan. SAUL LOEB/AFP/Getty Images
Listen Now

President Donald Trump has claimed credit for falling U.S. unemployment and rising growth figures. But how credible is that claim since there have been similar improvements in other key economies around the world? Since the president’s inauguration a year ago, economic growth has quickened and stock markets have boomed in China, Japan and Europe, partly thanks to rock-bottom interest rates.

“Generally speaking, American presidents have a fairly limited impact on economic growth rates, particularly over such a short period of time,” Kenningham said. “I don’t believe that Trump has made any significant changes in economic policy yet, apart from the tax cuts, and they have only just been passed. So I certainly don’t think he can take much credit for the overall performance of the economy.”

Michael Ben-Gad, professor of economics at City University in London, echoed that view.

“In terms of the real economy, I don’t think there is any sign or any reason to believe that Trump’s impact has been positive … or negative,” professor Ben-Gad told Marketplace. “The improvements are mostly cyclical, nothing out of the ordinary, and not due to Trump’s election.”

Ben-Gad did concede that the big jump in U.S. share prices might be due to the president but, he added: “It’s important to keep in mind that we have seen equity markets all over the world rising over the last year.”

Another London-based economist, Simon Tilford of the Tony Blair Institute for Global Change, doubted whether the rise in the U.S. stock market could be attributed to Trump.

“I think the so-called ‘Trump Bump’ is nothing of the sort,” Tilford said. “I think we would have seen rising share values in the U.S. almost irrespective of who had won the election.”  But Tilford admitted that the tax cuts could stimulate economic activity in the U.S. when they do come into effect.

Other economists in the British capital believe that Trump has already made a difference to the real economy. Brian Davidson, U.S. economist for Fathom Consulting, said that his firm’s Economic Sentiment Indicator, which aggregates the results of business and consumer surveys, has shown a sharp rise in confidence in the U.S. over the past year. Davidson puts this down to the effect of Trump’s pledge to cut taxes and regulations. And Davidson believes that this has played a part in the rise in growth since Trump’s inauguration.

Roger Farmer, professor of economics at Warwick University, goes even further. He told Marketplace that just the prospect of lower taxes, less regulation and more spending on infrastructure fueled the rise in the U.S. stock market with important consequences for all Americans.

“My research indicates that there’s a very strong influence of the stock market on the real economy. And to the extent that Mr. Trump had positive effects on the stock market, then yes, I would attribute the reduction in the unemployment and potentially faster growth to Mr. Trump,” he said.

But he added that Trump’s benign effect could go into reverse, depending on political developments. Farmer said that if the Democrats win back control of Congress after the mid-term elections, and they impeach the president, that could trigger an stock market crash, hammering the real economy both in the U.S. and around the world. 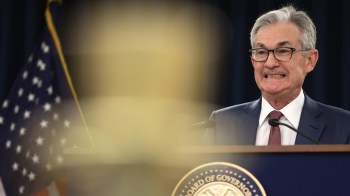 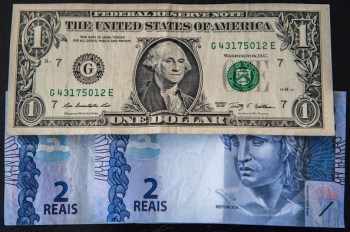