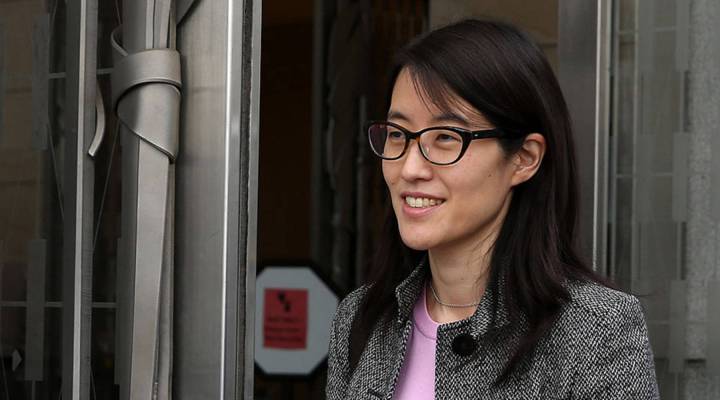 This week, venture capitalist Steve Jurvetson left his own firm, Draper Fisher Jurvetson, amid allegations of inappropriate conduct that led to an internal investigation. The company said he left by mutual agreement.

This has happened before at other firms. Ellen Pao is a venture capitalist who sued well-known firm Kleiner Perkins Caufield & Byers for gender discrimination in 2012. She lost the case, but it inspired women who said they had dealt with similar situations to come forward. Marketplace Tech’s Molly Wood talked with Pao, now with Kapor Capital, and the author of the new book “Reset,” about how the culture of venture capital can affect the entire tech ecosystem. Below is an edited excerpt of their conversation.

Molly Wood: How does this culture within venture capital continue to evolve?

Ellen Pao: It’s a very imbalanced industry, so the people who are funding companies end up deciding who’s going to succeed and who’s not going to succeed. And it’s often people who are very comfortable with the venture capitalists or that the venture capitalists are very comfortable with who end up getting funding. And if you look at the fund that I was at previously, Kleiner Perkins, to get funding, founders had to present to the whole partnership in this giant conference room with floor-to-ceiling windows on two sides — one side looking over these giant trees — and this giant wooden table that seated 20 people. And it was designed as if almost to intimidate people. Then those people who get funded end up hiring their executive teams, often with introductions to potential executives from the venture capitalists, and that homogeneity continues to ripple down the rest of the cycle.

Wood: Do you think people understand that? Do you think they understand when it starts with venture capital and it ends at Google or Alphabet, how sort of pervasive that trend can be?

Pao: I don’t know. I don’t think I understood it until I actually saw it. We see these people who get an intro, and all of a sudden they have the job. And then if you look, it goes one step further where those people who are successful at Google will then start their own companies, or they start funding companies, and then you see that perpetuate on and on.

Wood: And how do you feel? You know, in so many ways, Ellen, you’re like the Eve in the origin story of this current unraveling. I mean, how do you feel watching this all unfold?

Pao: That’s funny. Somebody called me the canary in the coal mine, and I think, you know, the canary dies. It’s not a good story. And I feel a little bit like that. It’s just very sad that this has happened to so many people and that it is so prevalent. Somebody asked me if I feel vindicated. I don’t feel vindicated because it’s not a happy story. It’s something that I hope leads to change. And I have not seen that yet. And little changes along the edges of a few people are not going to do it. It’s going to be replacing a whole swath of people. And I don’t know if that will happen yet.

To get interviews like this sent straight to your device, subscribe to the Marketplace Tech podcast. You can also listen to our extended interview with Ellen Pao here.