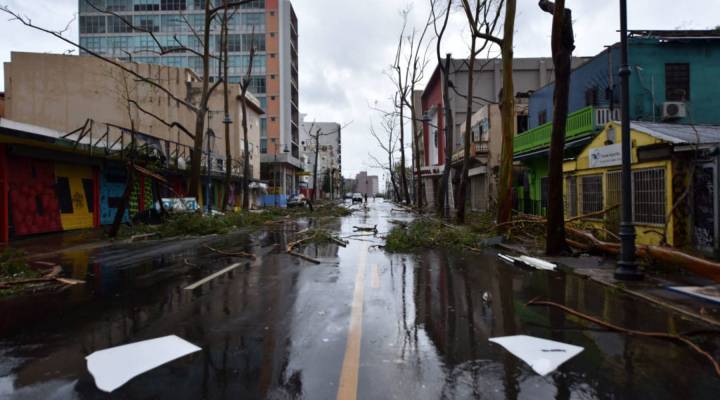 Puerto Rico continues to deal with the devastation brought by hurricane Maria. Much of the power is still out on the island, and infrastructure has extensive damage. While the human cost is showing itself, so is the cost to a major industry in the island — drug manufacturing.

More than a quarter of all pharmaceutical drugs exported from the U.S. are made in Puerto Rico. So drugmakers, who operate more than 50 plants and distribution centers on the island, are working to prevent shortages.

Puerto Rico has been a pharma hot spot since the 1970s, thanks to tax breaks for manufacturers. Nicolette Louissaint, who runs Healthcare Ready, a national nonprofit that works on health care disaster response, said the island plays a big role in the pharmaceutical supply chain, and not just as a manufacturer.

“But also as a central point of distribution for the rest of the Caribbean,” where, she said, people have been through a lot this hurricane season and can’t afford disruptions in their prescription drug supply. But Louissaint said shortages may not be in the cards, because drugmakers plan for disasters like these.

“Hurricane season comes every year,” Louissaint said. “Companies are very aware of the particular hazards that they have to contend with, and they have business continuity plans in place.”

They’ve stockpiled generator fuel, developed emergency staffing plans and are quickly moving drugs that have already been made off of the island to maintain quality. But long-term damage to Puerto Rico’s pharmaceutical industry is a possibility. Analyst David Hitchcock at S&P Global Ratings said the tax benefits that built the island’s pharmaceutical industry were phased out in 2006.

“Since then, the pharmaceutical plants have decreased in number, pharmaceutical companies are not adding new plants, and as plants get taken offline, they have not been replaced, and that’s been part of Puerto Rico’s economic problem,” Hitchcock said.

Hitchcock said this trend could continue in the aftermath of Maria. As drugmakers assess the damage from Maria, some may take the opportunity to close down operations there altogether.