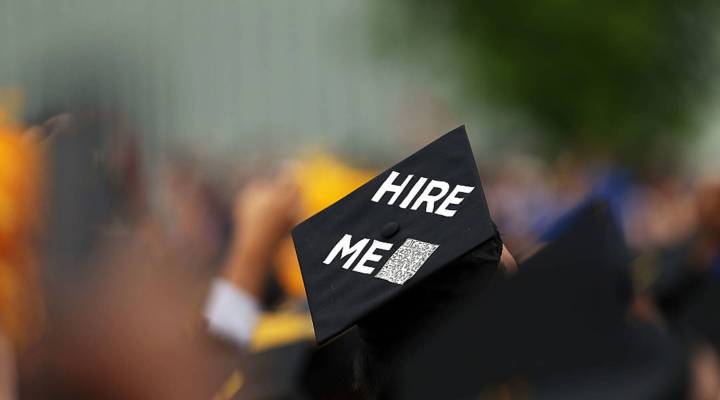 At the end of February, Johnny C. Taylor Jr. found himself listening to the CEO of a global security company who was struggling to fill 400 internship spots. Both men were attending an event in Washington, D.C., aimed at bringing together employers and leaders from historically black colleges and universities, commonly referred to as HBCUs.

Taylor is the president and CEO of the Thurgood Marshall College Fund, which often acts as a matchmaker between companies that are hiring and HBCUs graduates.

“If he had come to us, we could help fill them,” Taylor said of the CEO with the 400 internship spots.

Nearly 300,000 students attended HBCUs in 2015, according to Pew Research. The students at those 101 schools make up about 9 percent of black college students in the U.S. Yet past analysis show that HBCUs are not always included on job recruiters’ must-visit lists, sometimes due to budgetary reasons. There are, however, those like Taylor and HBCUs presidents and chancellors who are hoping to change that. One of the factors playing to their advantage is the pressure on companies to be transparent about their diversity figures and come up with ways to create a diverse workforce.

Marketplace spoke to Taylor and Howard Bell, director of career planning and development at Spelman College, to determine what recruiters should consider when considering HBCUs. Here is what they said:

Recruiting from HBCUs can help increase diversity in the workplace

Companies that provide the Thurgood Marshall College Fund with money for scholarships should consider it an investment, instead of charity, said Taylor. The fund can help employers create a pipeline of qualified HBCUs candidates, Taylor explained.

The fund already works with companies like Boeing, Wells Fargo and Apple to create a talent pipeline. In 2015, Apple pledged over $40 million to support scholarships at HBCUs.

“They had been called on a couple of times for their lack of diversity and they said, we should do something about it,” he explained.

Apple is not the only tech company looking to HBCUs in order to diversify its workforce. In 2013, Google launched its Google in Residence program, which placed Google employees at HBCUs to both teach and help shape the computer science department offerings in order to ensure that students were prepared for future jobs at Google. The program, which started at Howard, has by now expanded to ten HBCU’s — including Spelman.

According to Google’s website, since the Google in Residence program started, it has led to “an unprecedented number of HBCU students joining Google as summer interns.” In 2015, Google employed 30 interns who were students at HBCUs, according to figures provided to NBC News. In the past, Google has received as many as 40,000 applications for its 1,500 internships.

Recruiters need to work directly with faculty and specific departments

Companies should work with departments at the school and develop relationships with them — similarly to how Google is working with computer science departments.

Bell said he has little interaction with the school’s Google in Residence program and that’s the way it should be. Prospective employers should not rely strictly on career offices to supply them with potential hires, but should work directly with the programs training the students, he said. Students are not required to use career services and typically only depend on career services offices for help in polishing their resumes or for interview practice.

The people who have built relationships with the students and can judge who might or might not be a good employee are the faculty, said Bell.

“You have to build relationships when you talk about pipeline,” Bell said. “To just insist that ‘I have a job, send me students’ — that’s not effective. It’s much more effective to become vested in the things they are doing.”

The most effective recruiters are other HBCU alumni. Diverse staff can often recommend other diverse candidates.

“That’s how you solve the diversity problem. As you bring in diverse employees they then recruit for you. They become ambassadors for you. The absence of diversity means you are always going to have absence of diversity,” said Taylor. “The best case is to bring in folks who are different and they will reach back into their communities to make the case that your place is where these people should spend their careers. We have seen that.”

Students don’t always know how to play the game

“The job market is still a very much relationship-based model. Students don’t understand that because they haven’t had a real job yet,” said Bell. He added that even though workplaces are evolving in my different ways, it’s who you know and not what you know that often matters when it comes to hiring. “You still have to go and make those relationships. We used to call it playing the game. [Students] don’t know how to play the game. They don’t even know there is a game going on.”

Recently, a student who missed a recruitment event came by Bell’s office asking for the email of an Amazon recruiter. Instead of the email contact, all Bell had to offer was a series of questions.

“What I need to know is why you weren’t there, because the recruiter didn’t fly all the way from Seattle for me to give you their email. She came to see you,” said Bell.

“She wanted to talk to you.”