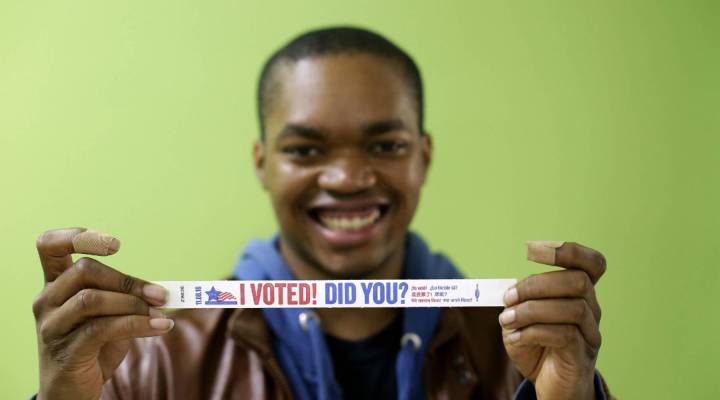 For decades, politicians have tried to make Election Day a day off from work — in the hopes of increasing voter turnout.

Efforts include this bill introduced in 2002 to make Election Day an official federal holiday, and this bill from 2001 to actually move the day to Veterans Day. There are also the countless citizen petitions to make the day a holiday.

Election Day has fallen on Tuesday since 1845 — a decision based on convenience. When the U.S. was an agrarian society, farmers needed a day to travel to the polls, a day to vote, and a day to get back — all without interfering with religious rituals or “market day,” according to Why Tuesday?, a nonprofit that wants to move Election Day to the weekend.

Proponents of an Election Day change say it can increase voter turnout and increase civic sentiment among the population. It’s a huge issue for the U.S., which has one of the lowest voter turnout rates in the world.

Roughly 42 percent of Americans — or 93 million people — who were eligible to vote in 2012, during the last presidential election, didn’t.  And in 2014, 35 percent of registered voters who decided not to vote in the midterm elections said they didn’t because of work or school conflicts, according to a Pew Research Center survey.

So, why hasn’t Election Day changed? First, creating any federal holiday is difficult.

“It would be like trying to pass a constitutional amendment,” said Michele Swers, a professor of American government at Georgetown University. The last event to become a federal holiday was Martin Luther King, Jr.’s birthday back in 1986. Aside from congressional hurdles, companies are likely resistant to adding another holiday to their work schedule.

Then there’s the idea of holding Election Day on a weekend, something government officials determined is a costly alternative, according to a study from the United States Government Accountability Office (GAO) assessing the cost of a two-day voting weekend. For security alone, officials estimated the extra cost time overseeing ballots would range from about $100,000 to as much as $400,000. The report did not analyze the costs or benefits of a single-day weekend election.

Some campaigns opted to pursue alternative measures to sidestep political obstacles. The Take Tuesday campaign, for example, has worked with individual companies to give their employees time off. Noah Fradin, its founder, recently spoke to us about their efforts to improve voter turnout.

Fradin said some of the participating businesses now include Landmark Theaters, Grubhub and the Creative Artists Agency.

“I think there’s a cost of not having a representative democracy,” he said.