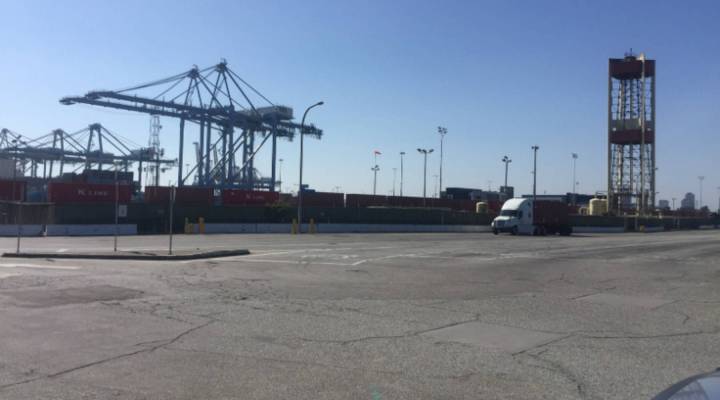 COPY
Various industries are being attacked for the independent contractor model. Andy Uhler/Marketplace

This week, many truck drivers who transport containers from the ports of Los Angeles and Long Beach to distribution centers are on strike. The issue: They are classified as contractors, but want to be full-time employees.

Fidel Gonzalez came to the United States from Oaxaca, Mexico. He started driving a truck 10 years ago because he thought he could make more money than he was paid as a garment worker. But today, he thinks the system is set up for drivers to fail.

“If we work eight hours, actually, you don’t make money at all,” he said. “If we work more than eight or 10 hours, we can make some money, but not the money we are expecting.”

If drivers own or lease their own trucks, in theory they can make more money than drivers who are directly employed, because they’re paid by the load and might be able to make a few runs a day.

“One load I could take two hours to finish, or it could take a whole day,” Gonzalez said. “We never know. You never know what time you’re going to get out of the port.”

A driver might also spend hours waiting in line for a load, and the money from the load might not be what you thought.

“Out of their paycheck will come all of these deductions for fuel, for insurance, for registration taxes, maintenance,” said Nick Weiner, who’s in charge of the Justice for Port Drivers campaign. “All these get deducted out of your paycheck and that’s what you’re left with at the end of the week.”

“There are a number of industries that are being attacked for the independent contractor model, including everything from nursing to beauty parlors. The Ubers of the world,” he said.

Rosenthal said the two models can’t work together in the trucking business. Truck drivers either have to be all independent contractors or all employees. And if the California Labor Commission has anything to say about it, it’ll likely be the latter.