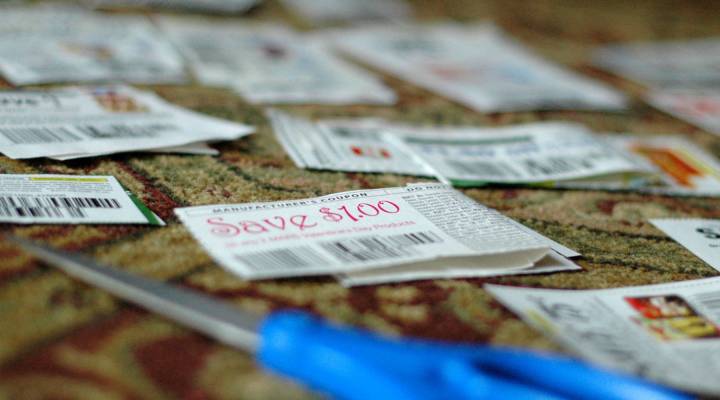 Have you ever wondered how coupons work? Charles Brown in Newnam, Georgia, did, and he sent in this question for our “I’ve Always Wondered” series:

“I’ve always wondered how coupons work. Are the stores paid a commission for accepting them? And how are they tracked?”

To keep things simple, we decided to focus on paper coupons, rather than the digital coupon segment (the kind you might use on your smartphone). Though digital coupons are on the rise, they still are a small share of the market. According to the coupon processing firm Inmar, 2.4 billion paper coupons were redeemed in 2015, compared to about 62 million digital coupon redemptions.

Charles Brown’s question gets to the issue of how manufacturer coupons work. First off, there’s no commission involved. Rather, it’s just a reimbursement.

“It’s basically a contract between the retailer and manufacturer, an implied contract, saying if consumers purchase this product and you send me this coupon, I’m going to reimburse you,” said John Morgan, executive director of the Association of Coupon Professionals, a trade group.

Morgan said the manufacturer also pays the retailer a handling fee to pay the postage to mail the coupons in.

“It’s going into your basket and making sure you made the right purchases to qualify for that offer, whether it’s the purchase, an expiration date and the quantity you needed to buy,” he said. “And as soon as it sees you did, then, boom, it tells the point of sale system, okay, they get the dollar off.”

At Cooper’s Foods in St. Paul, Minnesota, all the paper coupons collected in a given day are tallied up by Theresa Walker, the bookkeeper.

Each morning, Walker goes through each of the cash register drawers from the day before, counting the coupons, checks and cash. She repeats the process a few times.

“It’s like a three-part system where I make sure everything matches up to send them into the computer,” she said.

Once a week, Walker mails off all the coupons to a clearinghouse, where they’re sorted and scanned.

A company called Inmar is one such clearinghouse.  David Mounts, the chief executive, said Inmar works with the manufacturers or their agents to get retailers reimbursed for all the coupons they’ve sent in. And Mounts said Inmar helps protect the manufacturers against fraud by tracking which coupons are authorized, among other things.

According to Inmar, the whole redemption process generally takes four to six weeks from the time the consumer redeems the coupon until the retailer is reimbursed by the manufacturer. 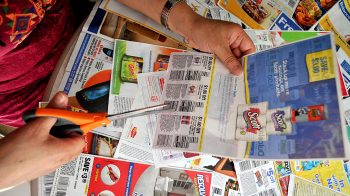 Extreme couponing is back. But it’s on TikTok this time.