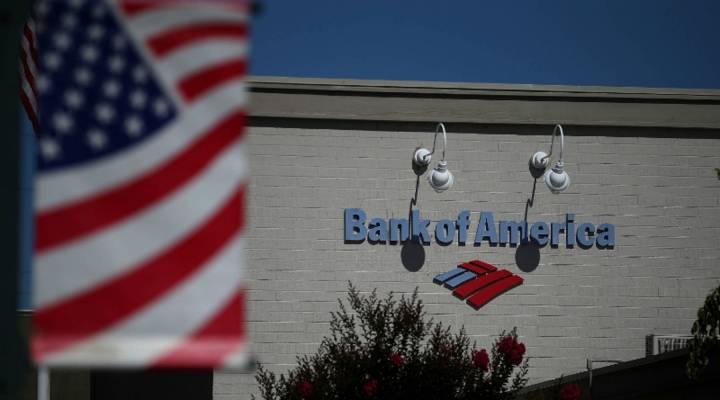 The last time Bank of America acquired another company was during the financial crisis. It bought both Countrywide and Merrill Lynch back then, and that didn’t work out so well. But years after its CEO swore “no more acquisitions,” it turns out BofA is scouting out Silicon Valley for a potential match with a startup.

Specifically, it wants a partner that can help it handle more mobile payments. Jim Sinegal, a banking analyst for Morningstar, said banks worry startups could muscle into their territory.

“I think it’s wise that what Bank of America is doing now is kind of preempting that,” he said. “Bringing some of the best technology in-house so they’ll be able to provide much better products to their customers…as well as avoid being disrupted altogether by new, Silicon Valley players in the financial system.”

And a lot of those customers are young. Shama Hyder, CEO of the Marketing Zen Group, said millennials see banks as plodding and out of touch, but tech companies?

“A lot of research has showed that millennials would gladly do business, bank with Apple or Amazon or Google. I mean they already are,” she said. “Look at PayPal, look at the rise of mobile payments across the board.”

The banks, meanwhile – they have expertise in boring, but important, regulatory issues that’ll help keep any merged company in business.