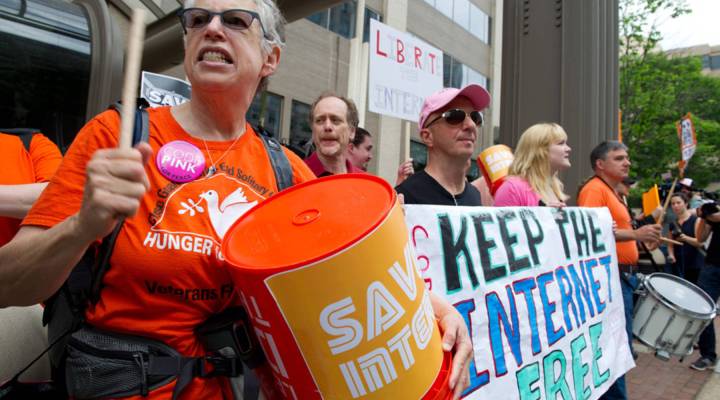 Net neutrality: Whole lot of drama in those two words

Net neutrality: Whole lot of drama in those two words

This week, the entire FUTURE OF THE INTERNET was revealed!

The Federal Communications Commission ruled on proposed rules regarding “net neutrality” and how the Internet can be used by consumers and Internet Service Providers.

“Net neutrality.”  Could they have come up with a more boring term? It even has the word “neutral” in it. As in plain. Dull. Tedious.

Here’s a quick and dirty explainer on “net neutrality”:

The idea behind the term is that all data transmitted across the Internet should be treated equally, or neutrally. In theory, that’s the way things work, but some cable companies and Internet Service Providers want to disrupt that model.

Perhaps the cable companies coined the phrase “net neutrality”? That would be genius. Just mention the two words, and the whole world switches off. It would free you up to have a conversation about how to make money off the Internet without facing too much opposition.

Not everyone has switched off. A handful of sleep-resistant lobby groups and consumer-rights advocates have teamed up with companies and set off alarm bells across the Internet. Consumers are bombarding the Federal Communications Commission and Capitol Hill with a simple plea regarding the FCC: Continue to require information to be transmitted equally across the Internet, without discrimination or prejudice.

Will the will of American consumers prevail? Or will the cable behemoths crush their resistance? Despite its ho-hum name, the battle over “net neutrality” has the makings of a dramatic saga.