Could Silicon Valley become more of an island? An island is both an outpost with its own rules that’s also a bit cut off from the wider society — a combination of characteristics which emerged during a series of conversations on whether an island of innovation would end up a richer or poorer place if left to its own devices.

I invited Dario Mutabdjiza, CEO of a start-up called Blueseed, to explain his out-to-sea vision at a Half Moon Bay California pier that may end up launching a thousand entreprenuerial ships. If he can raise enough money, Mutabdjiza would like to put a collection of floating dorms and offices just past the limit of current US immigration law, about 12 miles out to sea. The “venture capital row” near Stanford is about 30 minutes away from this wharf.

“The most realistic possibility would be [to use] a cruise ship, a used cruised ship,” Mutabdjiza says. The cost to maintain the floating real estate might even be competitive with the Bay Area’s high-priced commercial rental space.

“They’re beautiful, they have rooms, they have theaters, they have restaurants.  Any cruise ship would be good enough to begin with. We wouldn’t have to do much retrofitting.”

Many entrepreneurs and-or engineers have bright ideas they’d like to develop in the United States, but it’s a difficult process getting them a full-time work visa to pursue that dream, Mutabdjiza says, who sees a more flexible business multiple entry visa as an easier get: “What you cannot do on those [traditional full-time work] visas, and that’s where Blueseed comes in, you cannot legally work in the United States. So the work on their startup would happen [with a business multiple entry visa] on a ship. The coding and the business development, and the networking activities would happen in Silicon Valley.”  He concedes the work visa concerns could be better solved if the U.S. Congress changed immigration laws.

If this seems familiar–a floating solution to a policy problem–you may remember how the overseers of British broadcasting denied the public consistent rock n’ roll until pirate radio stations went on the air from ships at sea.

Another Northern California-based outfit even has a grander vision: Entire floating cities in an attempt to solve what’s seen as a broken government that stands in the way of innovation.

“The end goal is to see a thousand floating cities each competing for citizens,” says Randolph Hencken, executive director of the Seasteading Institute, which wants to break what supporters see as a government monopoly… on government.

“It’s strange to think of governance as a technology, but a technology is something we use to get things done.  Most technologies advance through innovation and competition in the marketplace,” he says. “Right now just a few big firms have that monopoly on government.  IF we can open up the blue frontier to humanity, each competing for citizens, we’ll see great advances in government.”

Floating cities could be part of a liberatian-flavored utopian community — think Hershey, Pennsylvania or the community in Texas tried by cereal tycoon C.W. Post.  When the Seasteading Institute put up a survey, more than a thousand people said they want in.

“I think that people who are called to the seasteading want to do good for the world,” Hencken says.

Might a community beyond the reach of many existing laws attract pirates? “I think that while there have to be rules, there has to be safety out there,” Hencken replies. “The ocean is a harsh environment, it’s not a place that will invite people to do bad things.”

The first goal would be to start small with a ship docked in the protected harbor of a friendly country, which isn’t likely to be California or the U.S. any time soon.

Financially, Mutabdjiza rejects any accusation that Blueseed’s vessels will be used as offshore tax dodge, saying a typical venture capitalist looking to invest would insist that that a start-up incorporate-and therefore pay taxes-in actual U.S. jurisdiction.

Tomorrow, our Silicon Island conversations continue with one of the Valley’s most influential venture capitalists, Tim Draper.  He wants Silicon Valley to be its own state and is pushing a ballot initiative to make it so. 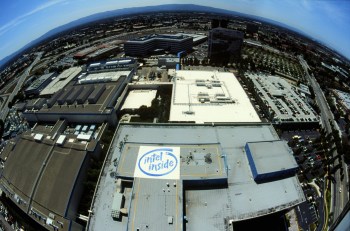