The advantage of primary care doctors

The advantage of primary care doctors

Kai Ryssdal:
There’s more troubling news on health care today.
A new study out from the Robert Wood Johnson Foundation says family doctors aren’t getting the funding or the respect that they ought to from the National Institutes of Health. That’s too bad, says commentator and physician Robert Martensen, for all of us.

Robert Martensen:
Drive through an affluent suburb or retirement haven, and you’ll find the usual up-market clothing boutiques. You’ll also find an ample selection of medical boutiques staffed by medical specialists who offer an array of treatments for those who can afford them. Shoppers in these boutiques may dress smarter and see multiple doctors more often. But people who rely on their own collection of specialists don’t tend to live longer than those who go to primary care physicians for most of their care.

Take Boca Raton, Florida. Along with its great winter climate, the city has one of the highest concentrations of medical specialists, procedures and hospitalizations in the U.S. But the average older person lives longer in Pierre, South Dakota, where winters are frigid and specialists comparatively sparse. In medical terms, the big difference is that in Boca Raton, people tend to go directly to specialists for their care, whereas in Pierre, people tend to see primary care physicians for most problems.
In short, more is not better. Why? In large part, it’s because in medicine genius lies in managing the details, and that only happens when one’s medical care is coordinated.

Most specialists — cardiologists, neurologists, nephrologists and the like — are expert in their one area. Because their focus is narrow but deep, few of them, however well meaning, are likely to have the big picture about you. If you just doctor shop among the specialists, your care will not be coordinated. But coordinated and detailed attention to your overall health turns out to make the difference. It’s that attention, and the truly informed consent that goes with it, that makes for what’s known as “effective” care. At the moment, only about 55 percent of patients with Medicare receive effective care.

Regular attention toward you as a person from a careful primary care physician is a good thing. Vigilance toward all your problems likely will accomplish more than just seeing specialists. You are likely to save a lot of money, and studies indicate you’ll live a healthier life.

Ryssdal: Robert Martensen’s new book is called “A Life Worth Living, a Doctor’s Reflections on Illness in a High-Tech Era.” 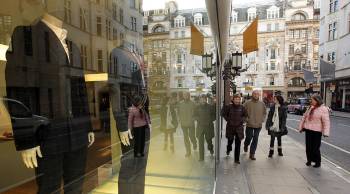