KAI RYSSDAL: Lieberman or Lamont. The Connecticut Democratic primary’s today. Senator Joe Lieberman’s trying to hold onto his seat against challenger Ned Lamont. It’s been a nasty campaign you could say. Got a bit uglier today when Lieberman’s Web site crashed. His campaign manager’s accusing Lamont supporters of hacking. Lamont’s people suggested the Senator simply forgot to pay his Web hosting bill. Whatever the cause, it seems somehow politics always does come down to money. Commentator Paul Lamb has his eyes on a prize much bigger than the Senate. And he has a candidate that can’t be bought.

PAUL LAMB: I nearly cried when I heard presidential candidates spent $880 million during the 2004 election. That’s about $3 for every man, woman and child in the United States.

Not only is it a ridiculous waste of money, but it means that only the super-rich or super-connected can even begin to contemplate a run for the presidency.

Well, I for one am not waiting around for real campaign finance reform any longer. I have decided to take matters into my own hands and those of my daughter’s.

I am taking my $3 and investing it in a presidential campaign to elect my oldest daughter, currently age 5, to the presidency in the year 2040.

I am setting up a campaign blog and opening a high-interest bearing investment account. If I can raise just $325,000 a year each year over the next 33 years, I figure we will have the roughly $1 billion needed to make a successful run for the presidency in 2040.

If all goes well, we will finally have a president that is not beholden to special interests and can spend her time focusing on crafting an intelligent set of policies and not on brown-nosing everyone and their uncle for campaign contributions.

My daughter, Isabella Lamb, will run for the highest office in the land with the highest principles, because she will have the financial freedom to do so, no strings attached.

She has already taken the high road in crafting her first campaign slogan, “Make cupcakes, not war.”

If this isn’t enough to convince you to support Isabella’s campaign, don’t worry. We still have over 30 years to refine her political and economic platform.

So I urge you to join me in an effort to make an end-run around politics and money once and for all.

Support Isabella Lamb in 2040 by going to cupcakecampaign.com. You don’t have to make a contribution right away. But I wouldn’t wait too long. There is too much money and influence at stake for meaningful campaign finance reform to happen anytime soon.

And that’s something even a 5-year-old understands. 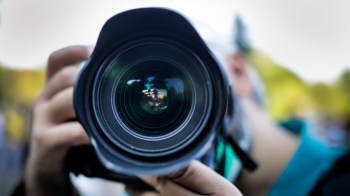