The gender gap in venture capital

The gender gap in venture capital

KAI RYSSDAL: I’m in touch with my feminine side and I’m pretty much okay saying that on the radio. But the fact is, I’m a man, so in the world of business I’ve got some unfair advantages. There’s the glass ceiling. And there’s money, too. Women lead about 30 percent of all American companies but they get less than 10 percent of all venture capital. And in the world of high-tech, that money gap affects consumers too. Steve Tripoli over at the Marketplace Entrepeneurship Desk has that story.

STEVE TRIPOLI: When Volvo unveiled a concept car by an all-woman design team, it had loads of features you won’t find in any showroom.

[ Volvo DVD: “When you dock the key, the seat adjusts, and the head restraint, the safety belt, the pedals and the steering wheel.” ]

It’s also easier to park, it has more visibility for the driver and tons of storage space.

The design team found that men like these features too. They just don’t tend to think of them when they design a car.

Women can think differently off the road as well.

Tech executive Carol Gebert once found an ingenious, computer-based way to measure when workers think they’ll finish a project. Getting these wrap-up dates right is no small issue for business.

Gebert didn’t invent the technology but says it’s no coincidence she saw its value first.

CAROL GEBERT:“I think that it took a woman to see it because it’s a very democratic idea.”

Gebert recognized that setting up a kind of betting pool on a project’s completion date gets workers to stop saying what the boss wants to hear. That in turn saves a lot of botched projections.

GEBERT:“It took a woman to see that this kind of group process could actually come up with a quantitative, clear answer. I think a man would be much more inclined to say ‘well you just ask people.’ To which of course we know the truth is, that they won’t tell you that truth.”

Why might women see such things differently? Gebert says their edge is that they put the technology user first more than men do. Think of the space and parking ease of that Volvo.

The same goes for other technologies. Rose Saia was a CEO in the computer field, where ease of use is a constant issue.

Other woman techies cite inventions from medical instruments to photo technologies as something a man might not have dreamed up.

All of this adds importance to that big gap between woman-run businesses and their slice of the venture capital pie.

The researchers who documented the gap didn’t just conclude that women tech entrepreneurs are being shortchanged. Researcher Candida Brush of Babson College says maybe the rest of us are losing out too.

CANDIDA BRUSH:“We don’t get the best technologies. We may be settling on solutions to problems that are not the best.”

Coulter says lots of women struggle with swimsuit fit. But she couldn’t get prospective male investors to see the need or the market for her system.

So she’s been trying a different approach.

LORI COULTER:“I often tell men it’s like if we were making a custom golf club from a digital body scan that maybe wasn’t a completely new style of golf club but it helped them hit the ball just another 20 feet or 50 feet. And all of a sudden the light bulb goes on and people understand.”

No word yet on her venture funding. But Coulter held a trunk show in Houston recently and says 140 women signed up for fittings. VC’s take note: She sold 138 swimsuits there.

Tech entrepreneur Rose Saia doesn’t see outright bias in such cases. She says women aren’t hauling in venture capital partly because they’re not a force in the tech world, but also because they have some tactics to learn.

SAIA:“It isn’t necessarily that men don’t get it. I think it’s that women need to understand that because they know that market or they know that area, how can they externalize that into a business opportunity that makes sense to everybody — both men and women.”

So the wisdom seems to be that woman tech entrepreneurs can make it by telling their stories better, staying focused on end users and keeping their thinking outside the box.

If they can pull it off maybe we all win, everywhere from the desktop and the car dealers to the doctor’s office. 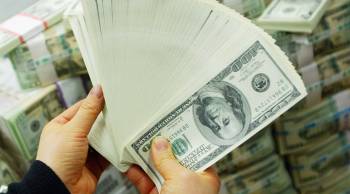