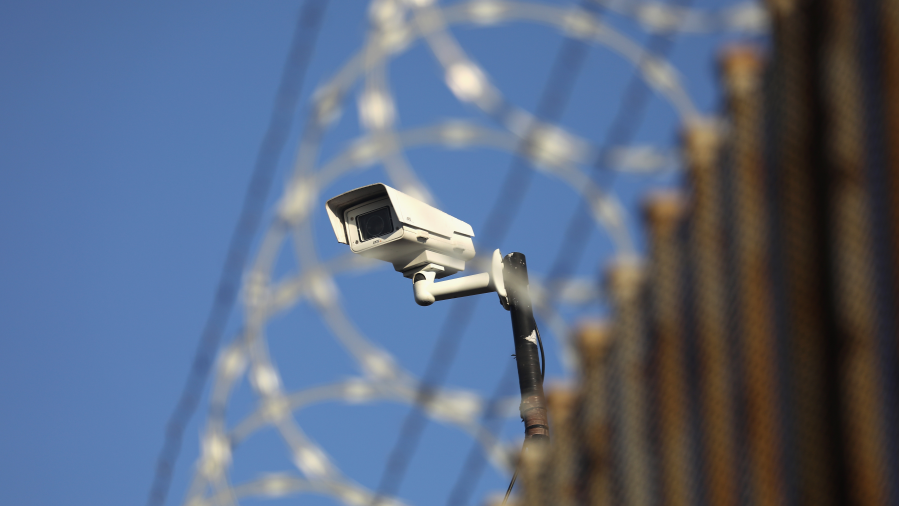 American companies are pulling some Chinese-made tech products off shelves because of ongoing persecution of minority Uyghurs.
Listen Now

American companies are pulling some Chinese-made tech products off shelves because of ongoing persecution of minority Uyghurs.
get the podcast
get the podcast

Some major retailers are pulling some Chinese-made surveillance cameras and equipment off their shelves.

That’s due to concerns the companies that make the equipment, Lorex and Ezviz, have ties to human rights abuses in China. They’re believed to be part of the vast surveillance network targeting Uyghurs, an ethnic minority group of over 12 million people in the country.

The issue was brought to Home Depot’s attention by the publication TechCrunch, which also reported that Lowe’s and Best Buy stopped selling these products.

Samm Sacks is a cyber policy fellow at the nonprofit New America think tank and a research scholar at Yale. Sacks said this is an area in which U.S. companies are on their own. The following is an edited transcript of our conversation.

Samm Sacks: There’s nothing in U.S. law, from my understanding, that would prohibit companies like Home Depot from selling them in the store. And I think that what retailers are responding to is more reputational risk because this is really a gray zone, and I think it’s very difficult from an enforcement perspective. Also, American companies are kind of out on their own. There’s not really legislation that get[s] at these particular human rights issues, and particularly this web of supply chains.

Kimberly Adams: Worth noting here that China consistently responds to these kinds of stories by saying forced labor doesn’t exist in the country. But the U.S. government, the U.N., Amnesty International, Human Rights Watch and most experts on the topic point to reams of evidence, to the contrary. Has highlighting these concerns over the years made any difference?

Sacks: I think it has, at the margins. The Chinese government has made an effort to shift, I think, to be less blatant in some ways. There are reports coming out, not that the [forced labor] camps are closing per se, but that they are maybe shifting some of the focus to the traditional prison system or looking to relocate some of the Uyghurs that have been in the reeducation camps to vocational facilities in other parts of China. The question is, are these meaningful shifts? Is the Chinese government actually responding in a meaningful way? I think that’s maybe a bit of a different question. But the sort of public shaming, I think, is having an effect on how visible some of these efforts are.

Adams: This is coming at a time when supply chain issues are already making it challenging to buy some consumer tech and other consumer products. How is that factoring into how vigilant companies are being, monitoring their supply chains for whether or not their products are being made using forced labor?

Sacks: I think there’s a sea change underway where, in the sort of globalization, golden era, the emphasis was on how can we increase efficiency in supply chains and bring products at the lowest cost to consumers? And now, with the attention on human rights abuses, and how some of these entanglements in China create not just human rights issues, but also potential national security risks, I think companies are facing increased pressure to be accountable to those notoriously complicated and difficult-to-monitor pieces of the supply chain.

Adams: What about this moment is making these changes happen more quickly? And how are companies selling that effort internally and to their shareholders?

Sacks: I think it’s a collision of factors. Some of them are very much about the U.S.-China commercial and investment relationship. But some of it is much bigger. And I think that there’s a reckoning underway about surveillance technology more broadly. Part of this is, yes, what happens with Chinese companies in terms of facial recognition and the use of algorithms in ways that can be used to detain dissidents or other ethnic minorities in China? But then there’s a question which is much bigger, which is we’re kind of in a Wild West when it comes to surveillance technology. And it’s not just Chinese companies. We had the Facebook whistleblower testifying to Congress the other week about the use of algorithmic harms that are being used to push content to teenage users. And we also, I think, haven’t really gotten past the Cambridge Analytica moment of: Who has your data? Who are they sharing it with? And this is a completely unregulated space. So I think it’s kind of a two-part reckoning. There’s the U.S.-China entanglement reckoning. And then there’s a [reckoning about] who has your data and how is surveillance being used globally? And this is uncharted territory. The U.S. does not have federal privacy law, and we don’t have a way to regulate this, regardless of sort of what country is tied to a company.

Adams: Do we have any kind of regulatory framework to help protect consumers from being exposed to these kinds of products, whether it be because of the surveillance concerns or even the forced labor concerns?

Sacks: What I worry about right now is there are no meaningful checks on how all companies collect, and share, and use data. And what’s happening is, in the absence of that, I think, we’re basically legislating privacy through the China-threat narrative. So are there distinct concerns posed by Chinese companies handling American-citizen data? Absolutely. But if we just deal with this by a sort of whack-a-mole approach where you ban a rotating cast of Chinese companies, you’re not actually getting at the problem. I mean, there’s a vast chain of data brokers [who] can still access that data and sell it back to Beijing, if that’s what you’re worried about, right? So by focusing just on the China threat, I think we’re missing opportunities to get at this from a more systemic way — to address the security and privacy issues that, in the absence of federal privacy law and more robust cybersecurity regulations, are still going to be a problem.

A Reuters exclusive details how some U.S. companies have worked with the Chinese government to use forced labor by Uyghur workers.

Earlier this year, the Rand Corp. released a report in which researchers used satellite imagery to track the size and growth of the networks of camps and prisons where human rights advocates say Uyghurs and other minorities are detained. The imagery is good enough that they could even see barbed-wire fencing and count the ways in and out of a compound.

Also, the U.S. Department of State has a fact sheet with grim details about forced labor in China.

A BBC story has more details about the advanced, pervasive system used to monitor Uyghurs, including allegations that prisoners are being used to test facial recognition software that attempts to detect changes in emotions.

It was part of an episode of the BBC show “Panorama” called “Are You Scared Yet, Human?” 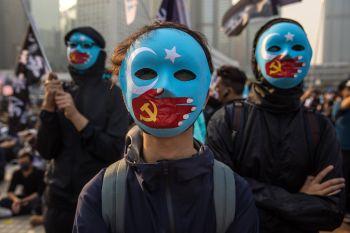 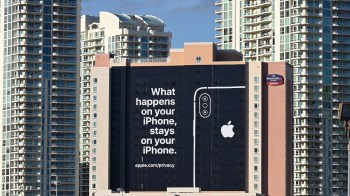