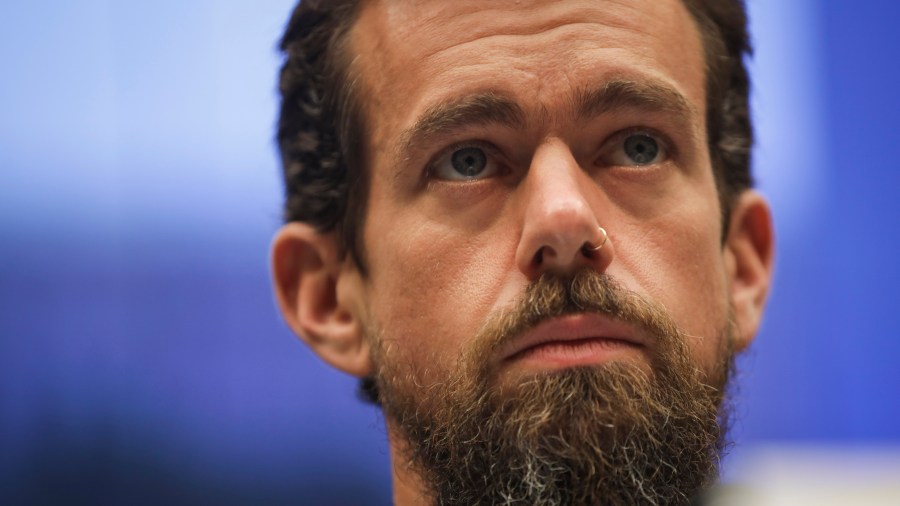 Deciding what's political — now that can get tricky.
Listen Now

In political terms, a dark horse candidate suddenly made a huge move Wednesday. Twitter CEO Jack Dorsey announced that the social giant would ban political ads whether they’re about candidates or political issues.

The move put even more of a spotlight on Facebook, which is not only taking political ads, but also is not fact-checking them. While most people cheered Twitter’s move, critics said it puts a company in charge of deciding what’s political and could shut smaller groups or candidates out of a cheaper way to reach people.

Let’s get some context in “Quality Assurance,” our Friday segment where we take a deeper look at a big tech story. I spoke with Erika Franklin Fowler, who directs the Wesleyan Media Project at Wesleyan University, and asked her how “political” might be defined. The following is an edited transcript of our conversation.

Erika Franklin Fowler: Where do you draw that line? Any discussion of climate change or a rally downtown, any sort of thing that touches on these issues could fall into [the political] definition. If you’re talking about health care, even flu shots, they’re all ways in which issue discussion can be wrapped into these larger buckets of issues. There’s going to be a lot of challenges in determining what types of speech can get through and what can’t.

Molly Wood: How big a deal is it do you think that Twitter is now putting itself in the position of having Jack Dorsey, or whoever — it seems a little unclear — make these decisions about what is and what is not acceptable political advertising?

Franklin Fowler: I think it’s a big deal. I think in a democratic society, having for-profit companies make these important decisions is suboptimal. Having said that, I can understand why they’re having to make the decision because there is no regulation. The regulatory conversations that could provide the rules to take these decisions out of the hands of for-profit companies hasn’t happened. You have platforms like Twitter and Facebook, they’ve taken polar opposite views now. I understand why both of these platforms are taking the extreme views that they are, because it’s a very hard decision to have to make, and yet they’re having to deal with it in real time without regulatory guidance.

Wood: How badly do we need government to step in here, and why hasn’t it so far?

Franklin Fowler: I think part of the challenge is that it’s just hard. Coming up with what counts as political advertising, even as a scholar of political advertising, I’m not sure I want to be in charge of that either. You can very much imagine how it’s almost like a political hot potato — people don’t want to have to make those choices, but Twitter and Facebook are in the thick of it. They have to make some choices here about what to do, and in some ways, saying that you’ll ban them might sound easier. I actually don’t think it is. I think it’s much harder than it sounds and that there will be a lot of hard decisions. We don’t know what those details will look like. I saw a few tweets yesterday that suggested what they mean by political advertising, but the devil is in the details here.

Wood: We should step away from advertising for a minute and say how big an impact could a move like this on Twitter have on misinformation campaigns, on bots, on coordinated attempts to amplify messages. Is banning political advertising likely to reduce the impact of disinformation or improve discourse?

Franklin Fowler: I don’t think that it is. Again, we struggle with the television versus online environment. Certainly, there’s decades of evidence and political science on the television world that the advertising is beneficial to democratic society. It’s more challenging online for all of the reasons that have to do with misinformation and scale. I also do think that the desire to want to spread messaging is not going to go away because Twitter bans political ads. What this changes is the incentives to figure out how to run activity that is not technically a political ad by whatever Twitter’s definition is, how to get around those definitions to still spread information. You will have bots and you will have other things that will be attempting to work around those rules.

Wood: It seems to me that one fundamental question is: Couldn’t Twitter or even Facebook — is there a middle-ground option that says, “We’ll take all the ads you want, but we’re not going to target them”? It feels to me like the easy answer here is just don’t allow targeted political advertising. Let everybody see exactly what message you want to pay for.

Franklin Fowler: I do think that that is a potentially viable solution, certainly campaigns and advocacy organizations. There are good reasons why you want to target … and as consumers, too, it’s nicer when we get advertising that is tailored to our interest if we’re thinking about advertising more broadly. I do also think from a democratic accountabilities standard and research, we don’t have access to the information right now that would enable us to see exactly how people are being targeted. We know that advertisers can go onto Facebook and choose really granular settings to be able to target. I can’t tell you exactly what they are, because the data aren’t available on our side. Getting rid of those capabilities would have some “small d” democratic benefits, because part of what we know about spillover effects of advertising is that when you hit people unintentionally with political messaging, it causes them to pay more attention to things that are going on. I do think there is a middle ground. Figuring out how to make that middle ground work is also challenging. Targeting may be one of the solutions.

Wood: This is also being characterized, of course, as “your move, Facebook.” Do you expect Facebook’s position to change at all in the coming weeks and months?

Franklin Fowler: I do think it puts the pressure on Facebook, but whether we’ll see any change on their side, I’m not sure, because it doesn’t seem like they have been willing to move in that direction. Frankly, it’s a whole different ballgame when we’re talking about Facebook. The amount of money that is spent on Facebook relative to Twitter is much larger. The other important thing is online advertising is much cheaper than the other venues that a lot of candidates have to reach the public. There are access concerns about challengers and down-ballot advertisers who want to get information out, so from his public comments, Zuckerberg seems to believe that it is important to make sure that challengers have access to that. How the Twitter announcement will change that will be something to watch.

Wood: What do you think about Facebook’s argument that transparency is the answer? If we could really see on Twitter and Facebook who was paying for every ad and who they were targeting with those ads, would that be enough?

Franklin Fowler: I am a big advocate for transparency, and having worked in this environment and providing real time information on television for a decade now with the Wesleyan Media Project, I do think that there are real benefits to transparency. Having said that, I also think that on an online environment, we researchers lack the data that we would need to be able to really analyze it properly. The platform libraries, the ad libraries are a big step in the right direction. We’ve learned a lot from having access to them. But the type of information that we have on targeting, it boils down to gender and age and region defined by state. Those are really broad buckets that really don’t tell you very much about how, and in what ways, specific entities are trying to target a congressional district. Obviously, you’re going to be targeting not the entire state, you’re going to be targeting your own congressional district and doing it at a much more fine-grained level, and we don’t have access to that information. To some extent, I think if they want to continue what they’re doing it would be beneficial for democracy and research in this area to be able to know more about the specific targeting decisions.

I am definitely in agreement that it’s suboptimal to have Jack Dorsey and his weird eating habits deciding what is and isn’t political advertising. But I do want to paraphrase our editor, Jody Becker, who said that credit is due for unpressing the pause button and just not being paralyzed on this topic, and that at least now the wheels will start turning in both government and the corporate world.

These companies have clearly been thinking about this for a while, and while Facebook’s decision has been controversial, Twitter’s is like a shock to the system. What it should force is a real conversation about regulation, but election reform is currently caught in a political black hole from which nothing can emerge.

So far, Republican legislators in the Senate have blocked multiple attempts at election spending and security reforms as recently as Wednesday. The Federal Election Commission, which is in charge of overseeing issues related to campaign spending and finance, has been operating without a quorum since the summer. Meaning it has no official oversight capacity because the White House and the Senate haven’t filled the empty seats.

So for now, the fate of online political advertising remains in corporate hands. 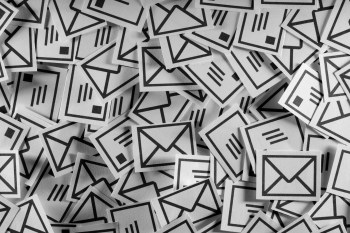