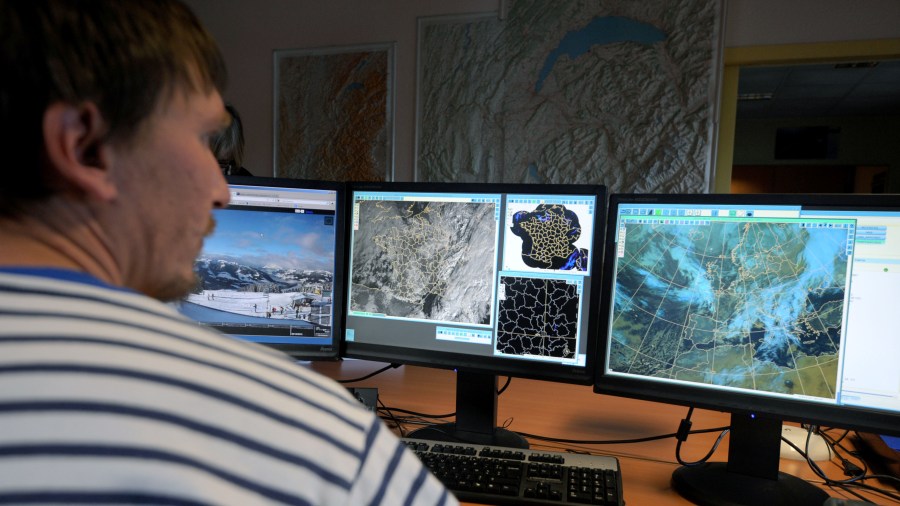 We couldn’t always predict the weather. It took huge strides in physics, atmospheric science, computer science and engineering to connect the dots between what’s going on in the sky at any given moment to whether we’ll have a rainstorm next week. And that effort has become bigger, more international and more expensive. It involves supercomputers, the International Space Station, satellites and advanced models. It’s also more important as climate change brings extreme, unpredictable weather.

Guest host Amy Choi spoke with author Andrew Blum, who set out to understand the technology and the people behind all this. His new book is “The Weather Machine: A Journey Inside the Forecast.” The following is an edited transcript of their conversation.

Amy Choi: What is the weather machine?

Andrew Blum: The weather machine is my word for this global infrastructure of weather observation and prediction. If we check the weather, it says the weather in Central Park today is a perfect 74 degrees. But it also takes many other pieces, like satellites orbiting the Earth or hovering above the Earth and looking at the atmosphere in different ways. All of that must go back to these supercomputer weather models that are the source of the forecast as we know it today. That’s a big change over the last 10 to 20 years, that the weather models are really the heart of it now.

Choi: Weather prediction is part of this incredibly complex system of computer modeling, satellites and the humans at the end of it. But what you detail in your book are the physical places where the weather machine happens. Did you have a favorite place?

Blum: I think the place that I ended up learning the most profound sense of how this all fits together was in an island off the coast of Norway. It’s been a weather observation point for 150 years, and it still has the most high-tech weather equipment that you can get and a human observer to keep an eye on it.

The models are getting better a day a decade … with each passing decade, they can predict a day farther into the future.

But the thing that’s been remarkable over the last few decades is that because of the way the weather models work, they’re like a science experiment every day. There’s this hypothesis that says our simulation in the atmosphere says this is what the weather will be tomorrow for every point on Earth. And then we can prove by our observations if that was correct. The current way that the meteorologists describe it is the models are getting better a day a decade, which is to say with each passing decade, they can predict a day farther into the future.

Choi: What has that incremental change in weather technology meant for technological advances outside of this science?

Blum: It’s a bit isolated in a way. There’s a lot of folks who work in tech who will quickly say, “This is machine learning.” And in a sense, it is, but it’s based on the actual laws of physics. It goes back to equations that a Norwegian meteorologist first wrote down over 100 years ago. It’s remarkable to me that it’s kind of existed quietly on its own tracks with its own community, rather than as a result of the broader chatter now in the Silicon Valley about machine learning and artificial intelligence.

Choi: I think the world could probably learn from the global cooperation that comes in studying the weather.

Blum: And also it’s all been done for the public good. And that’s one of the really contentious things right now. We do live in the sort of new weather regime; you know, the weather is doing things it hasn’t done before. There’s a lot more money at stake, and with more money at stake, there are more private companies coming in and saying, “Well, this is pretty expensive, but it might actually be worth it.” We’re just beginning to see an inkling of how this private weather prediction might compete with the sort of global public good that has been the way it’s been done for 150 years. 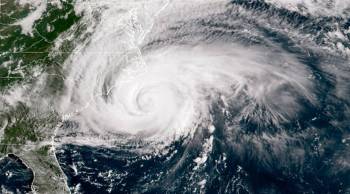 Costs of extreme weather up 251 percent over last 20 years 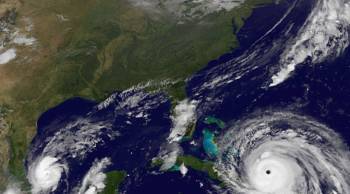 09/08/2017: What budget cuts would mean for predicting severe weather 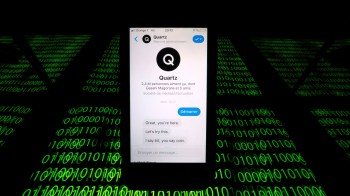 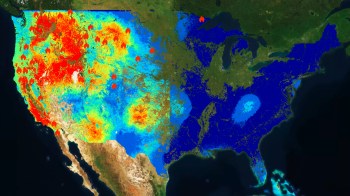