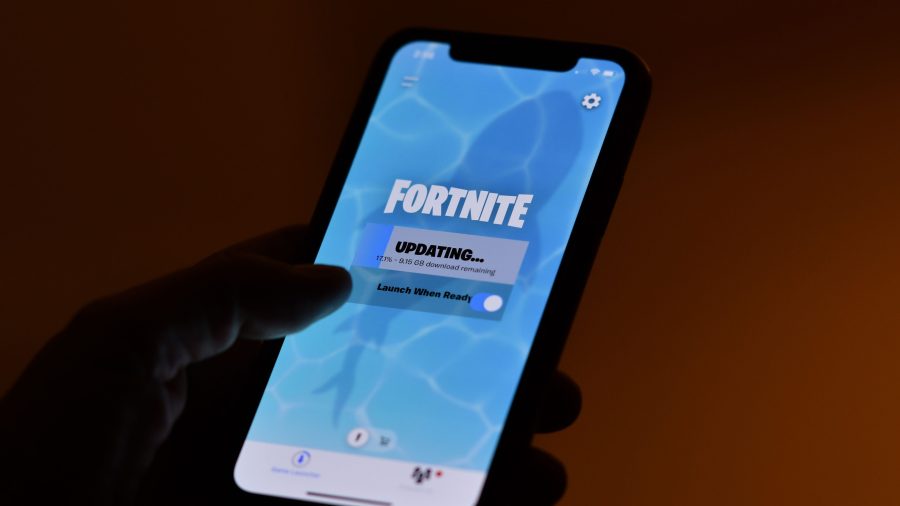 The legal arguments between Epic and Apple wound down this week in a federal courtroom in Oakland. It’ll be weeks or months before we get a ruling from the judge. Chris Delmas/AFP via Getty Images

The Apple-Epic antitrust case was a spectator sport

The trial revealed details about the companies' businesses, including that Apple thinks the level of malware on its Mac operating system is unacceptable.
Listen Now

The legal arguments between Epic and Apple wound down this week in a federal courtroom in Oakland. It’ll be weeks or months before we get a ruling from the judge. Chris Delmas/AFP via Getty Images
The trial revealed details about the companies' businesses, including that Apple thinks the level of malware on its Mac operating system is unacceptable.
get the podcast
get the podcast

Legal arguments between Apple and Epic Games wound down this week in federal court. Some have called it the Super Bowl of antitrust cases. No flashy halftime show, but the trial did have mighty opponents, wild fans and a whole lot of cash.

Epic, the maker of the game Fortnite, argues that Apple’s whole operating system is a monopoly and complains about the 30% cut of app sales it takes. But Apple says its tight controls ensure the security of apps in its store.

A decision isn’t expected anytime soon, but I asked Adi Robertson, a senior reporter with the Verge, what we can take away from the case. The following is an edited transcript of our conversation.

Adi Robertson: Companies like Apple have a bunch of control not only over, say, the hardware that you’re looking at when you look at a device, but the way that the entire business around, say, visiting anything from a yoga app to your favorite game works. There is a lot of money changing hands just for being able to have that software on a device. If there’s really any kind of loss for Apple, we could see apps of all kinds change the way that they operate a little bit in response to those changes.

Meghan McCarty Carino: What came to light during this case that we might not have learned otherwise?

Robertson: So one thing we learned about Fortnite is that, for one thing, iOS is a relatively small part of its user base. And it struck deals with companies like Sony, where actually they’re a little bit more restrictive than we had known before. So, say, Epic and Sony have a deal where Epic will actually offer a sort of compensation if somebody is playing a bunch of Fortnite on the PlayStation but spending a bunch of money on other platforms. Apple, we now know a lot more about its claims that it doesn’t measure specific parts of its business. Epic sort of brought in an expert witness who analyzed what he thought were Apple’s returns on the App Store. And he came up with this incredibly high profit margin of like 70-some percent. And then, Apple went through and tried to work really hard to explain why it does not itemize any of this and [has] exactly one number for profits and loss of Apple.

McCarty Carino: And Apple had also — the foundation of its argument was over the security that it offers. But we also heard from an Apple software engineer, that there is actually a lot of malware on its operating system, right?

Robertson: So yeah, one of Epic’s big arguments is Apple has made macOS for a long time. It obviously thinks macOS is good. And macOS uses the model that Epic would like to see iOS adopt, which is that it has an app store, but you can also download apps directly. And so one of Apple’s executives, Craig Federighi, came up and said, look, this just isn’t possible because actually, the macOS has this level of malware that we just don’t find acceptable. And that if you use that model on iOS, which has a bunch more users, it’s in some ways more attractive to bad actors because it collects all of this data and it’s with you all the time. If we allowed that, then it would get, in his words, “run over,” even worse than he says the Mac has been.

McCarty Carino: So the arguments are over. What has been the public response to the case?

Robertson: Apple and Fortnite are both these brands that have really, really passionate fan bases. At the beginning of the trial, there was this public conference line, and the court didn’t realize that they hadn’t muted everyone, so you had these kids screaming, “Free Fortnite” online after they had dialed in. And meanwhile, there are a bunch of Apple fans, and Apple fans are really mad at what they see as Epic being duplicitous because it had planned this whole project that had been called Project Liberty. That was its attempt to get kicked off the store, basically, so that they could sue, or at least to do something that they knew was really likely to get them kicked off.

McCarty Carino: What do you make of such strong feelings among the public about these companies?

Robertson: I mean, in a way it makes sense. Fortnite is a really huge part of a lot of people’s lives, and Apple makes products that a lot of people like. But also, this is kind of a fun case because it’s two really rich companies going up against each other in a way that does not end with anybody going to jail. I mean, maybe one of the reasons people are calling it the Super Bowl is because it’s kind of fun.

Adi Robertson also reported on the testimony of Epic’s CEO, Tim Sweeney, who argued something probably not heard in federal court before. He called Fortnite a “metaverse” and referenced sci-fi author Neal Stephenson’s novel “Snow Crash,” which depicts a kind of next version of the internet — a virtual world where people live and play and shop.

The case also brought some slightly juicy corporate secrets into the public eye. Slate reports that among the embarrassing revelations were new details of the largest known iPhone hack in 2015, which affected more than 100 million users. And an email exchange between Apple and Epic’s CEO shows that Apple’s Tim Cook was oblivious to the identity of his counterpart at Epic back in 2015. I would imagine they probably know each other now. 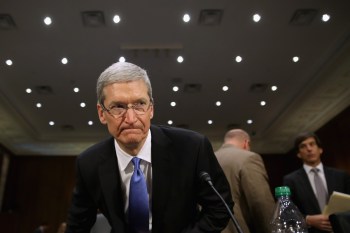 Tim Cook’s (not so) Epic testimony 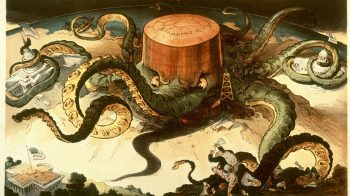