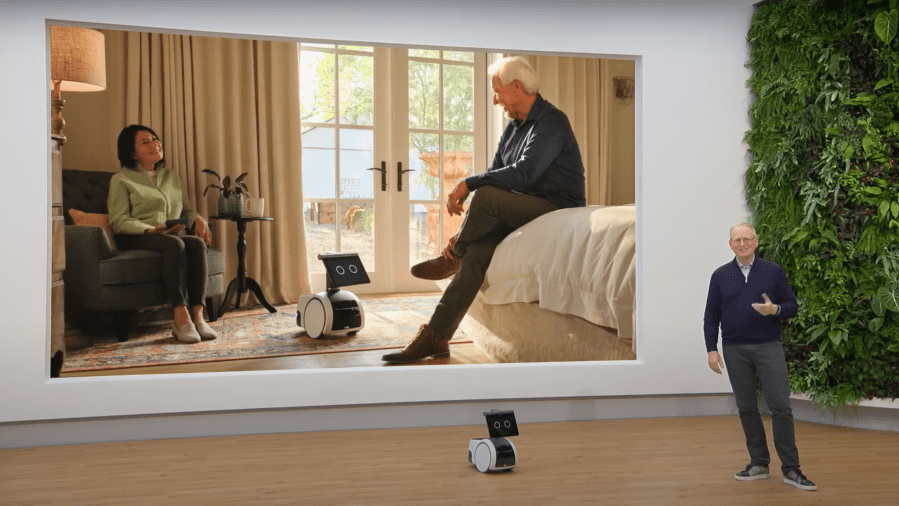 A tech event debuting new products can be pretty elaborate. Companies want journalists to have that "velvet rope feel," says CNET's Ian Sherr.
get the podcast
get the podcast

Amazon hosted its annual hardware event Tuesday, where it announced updates to some products, like its Ring home security system, and debuted some new ones, like a home security drone and a little robot that follows you around the house and can do things like bring your beer to the other room.

You know the kind of event we’re talking about, right? The kind pioneered by Steve Jobs. Big screens, fancy visuals, open bar, fancy food — maybe they’ve got an omelet station going. I mean, that’s how they used to be in person.

Ian Sherr is an editor at large at CNET, and he has been to a lot of these. The following is an edited transcript of our conversation.

Ian Sherr: They make sure that you have to stand in line because the VIP feel of it has to be there, right? The velvet rope feel. They give you a little badge when you get to the front. They’ve got usually some food or something. But then the really big thing is that moment when they open the doors to let you in, when everyone has to kind of cattle call in and run to get the best seat, of course. There’s usually pop music playing in the background or some sort of stuff that’s going to have a mood to it. And I remember even when I was at the Consumer Electronics Show once, and I was going into a presentation by Ford, of all people. The car company. And they’ve got this, like, hard rock music playing about how they’re not going to take it anymore. And I’m like, “You’re a car company.” But this is the emotion they want to put us into and thinking when we get there. And everything kind of flows from there. All of this, again, it’s very well choreographed, and a lot of companies have followed this model pretty carefully over the last few years.

Sherr: Oh, yeah. It’s interesting, I remember that there was a moment really that it started to feel like the catering had kind of stepped up a lot, which was right after, if you remember a decade ago, there was this moment Antennagate for the iPhone 4. And this was a big moment, the big, new iPhone reveal, and it turned out that if you gripped it a certain way, it would cause the reception to go bad, and it turned into a national scandal. And Steve Jobs had this kind of defiant presentation he gave to the press, of course. Then the event afterward, a few months later, they invite us over to Apple’s headquarters, and there is, I kid you not, an omelet station. Like there’s a guy with a chef’s hat, two of them, actually, making fresh omelets for us. That had never happened. Usually it was, like, bagels and croissants, which, I’m not complaining, I’ll take them. But suddenly they had fruit, they had a mound of pomegranate seeds. And, like, this is October and suddenly it feels like it’s summer fruit season. This was all, I think, in a lot of ways, an attempt to say, “OK, we’re going to really try to shine on you a lot more.” By the way, they weren’t alone. Suddenly, Google and Facebook were all doing it as well. Maybe they copied each other. Maybe they all had the same idea at the same time. But everything suddenly turned into “Yeah, they’re going to feed us the best they can before they lay it on us with their products.”

Segarra: Yeah, this sounds like a lot of smoke and mirrors.

Sherr: When you look at it from a certain view, there is definitely a lot of emotional manipulation going on. But I feel like the tech industry, it’s known for being a company town anyway, right? A lot of the people who work in the Valley, a lot of the journalists are the friends of these people. That’s why the “Silicon Valley,” the TV show on HBO, there were tons of jokes about the relationships between journalists and the tech industry for a reason. And I think that that is something that now especially we live in a very different era, where there’s a lot of questions about what is the tech industry doing? Are they abusing their power? Suddenly these things that used to be an effort to elicit an emotional reaction out of me and affect my coverage, or even affect the way that someone feels when they watch the video through a livestream, now that’s seen through a very different lens.

Segarra: Yeah, I mean, with a pandemic happening, I wonder what these events had looked like over the past year and a half. Are they all virtual?

Sherr: So pretty much every event that has been important has been virtual at this point. And I think what’s really fascinating is that Apple found a way, through a lot of production value, and really stepping up in terms of the visuals that they used by having these incredible drone shots over their campus. But they’re able to do it in a way that it does have that feel of it’s still being Apple. Pretty much every company has realized, oh, this superhigh production value, superemotional video, it really can make a difference. And for Apple, I feel like it’s actually made them even more successful. I mean, the iPhone 12, when it was released during the holidays last year, became their bestselling iPhone.

Segarra: So you were at the Amazon event, right? Amazon’s annual hardware event. How was that?

Sherr: Well, I was “at it” insofar as it was a digital presentation. But what was interesting about Amazon versus anybody else was that they went that extra step of making it feel special by making it a VIP digital event. I had to have an entry code to be able to watch the presentation. So part of it for them was to obviously give it that special feel. Even when you look at people writing about it online, you see a lot of the stories are like during a special event that they held. It wasn’t just a presentation they did, you know, on a Tuesday. I think that, that that speaks a little bit to how people are trying to figure out how do we do these things in the, in the middle of a pandemic that still bring about that, that, that special feeling in both the public but also the reporters who are involved?

Segarra: Yeah. Can you just describe the event a little bit?

Sherr: Like a lot of the presentations, they had pop music to start with to really get us going, right, and get us emotional. They had Coldplay, actually, play right before they started.

Sherr: The music from Coldplay, not the actual band.

Sherr: That has happened too, but not this time. And so they, they had, you know, they had a song from Coldplay and BTS play, and then they started the presentation, as a lot of companies did, by talking about the values of the company and how they want to change our lives for the better. And they had these interview videos that they set up with all sorts of either users or with the people who design the product talking about the emotional journey they went through designing it. Again, all of this is really — it’s not just specs and speeds and feeds — these are cameras, a, you know, HD camera you can stick anywhere in your home. It’s about what does it mean about being able to protect your parents, who are 85 years old, right, and know that they’re safe every day?

Segarra: It’s funny that you mentioned Coldplay. I think Apple used to play Coldplay as well.

Sherr: Oh, yeah. They love Coldplay, and in fact Coldplay played at, at Steve Jobs’ — the memorial that they held for Apple employees. So Coldplay, for some reason, has always had a very interesting relationship with Silicon Valley.

Segarra: I have to know a little bit more about that. When you say an “interesting relationship,” what is that? I had another thought, but that, that is just too juicy to put down. What do you think that means?

Sherr: I think that, more so than even the words that they sing, I feel like the feel of their music is something that really speaks to the emotion that tech companies are trying to bring out. This “wondrousness,” this happiness about the future. There’s something about Coldplay’s sound that’s, that’s very much like it brightens up the room when you’re hearing it a lot of the time. And I think that that is something that, that the tech companies constantly want to have happening. And so I kept track for a long time. There was a Coldplay song either before or after an Apple event a lot of the time. And every once in a while, you would hear it with other companies too. And I think that it’s different from hearing from just the random Top 20 pop charts. I think it really says something about what they’re trying to do with how I feel about them when I’m walking in that room.

A lot of tech companies have taken their cue from Apple when it comes to these big events. The initial idea, Ian Sherr told me, was not just “Hey, here’s a new product. Isn’t it cool?” but “Here’s a new product, and here’s how it’s gonna change your life and all the incredible things it’s gonna do for you.”

All of the smoke and mirrors we talked about are meant to send that message.

Here’s an example of Apple’s love affair with Coldplay. Another below.

And a New York Times piece from earlier this year that argues these big launch events are obsolete and also kind of a waste of time and money because technology is one of the most powerful forces in the world and these companies don’t need to throw a big party to get noticed anymore. The piece says, basically, these events are the equivalent of a meeting that should have been an email, a “stale habit festering long after it’s ceased being useful.”

But “useful” also depends on whom you’re talking to. Sounds like tech companies find these launch events plenty useful in drumming up attention or they wouldn’t keep doing them. 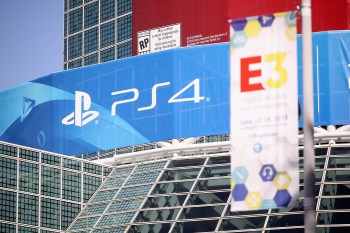 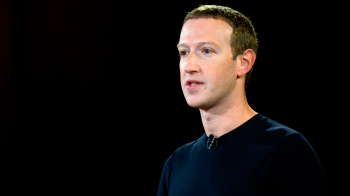