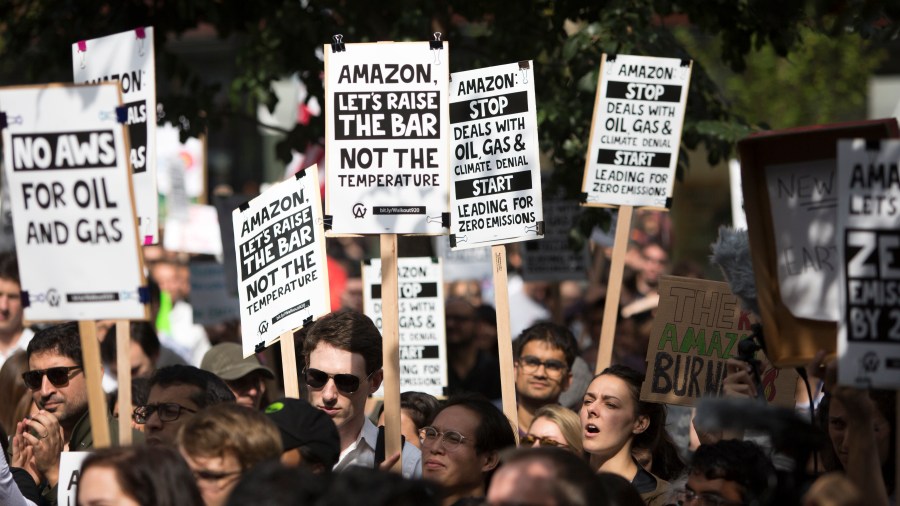 It’s prediction season. This week we’re asking our Marketplace beat reporters what we can expect in tech in 2020. Today, we’re talking labor in the tech industry.

In 2019, employees from Amazon, Microsoft, Google and other tech giants walked out, signed petitions, or went public with complaints about military contracts, tech for oil and gas companies, and internal problems with culture and discrimination. Google employees even joined the United Steelworkers Union to formalize their organizing.

I asked Marketplace’s Meghan McCarty Carino, who covers labor, about whether we’ll see more of this trend in 2020. The following is an edited transcript of our conversation.

Meghan McCarty Carino: It certainly seems to show no signs of slowing. We just saw recently WeWork employees writing a letter. We’ve seen GitHub [employees] recently [speak out] over contracts with federal immigration agencies. So it’s probably more likely to increase. We’ve also seen a professionalization of these networks forming, especially at the big tech companies, that are able to mobilize really quickly. They have even developed best practices for social media campaigns.

Molly Wood: What’s interesting, though, I think, is if you measure the success, overall employee protests in 2019, and even before, it was a little hit or miss, and I would even argue, mostly miss.

McCarty Carino: I think that as these types of protests have increased, the effect has also become a little bit more diluted. I think that we’re also starting to see some hardening of companies in their responses to these employee actions, where there is tamping down on this very famously open culture of Silicon Valley. We’re starting to see companies close ranks. We’re not going to have these all-hands meetings where you can bring your concerns and ask questions to a CEO every week.

Wood: Do you think that as the two camps — these employees and the companies — start to harden their positions, might we see more formal organizing in the form of unions?

McCarty Carino: It’s not something that has appealed to tech workers, and particularly now when they’re in high demand — we don’t have that kind of power imbalance that we see between management and the workers. In fact, part of the reason for all this employee activism is because the workers have so much power relative to management because of their demands and their skill set. I think as these networks crystallize, and as employees become more comfortable around the concepts of organizing, perhaps something more traditional like a union would be useful to deal with some of the HR fallout. However, in general, collective bargaining agreements aren’t going to be covering the types of things that employees have been speaking out about — these cultural issues. Though they do provide a more formal way for employees to bring their issues to management. 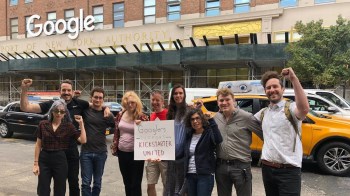