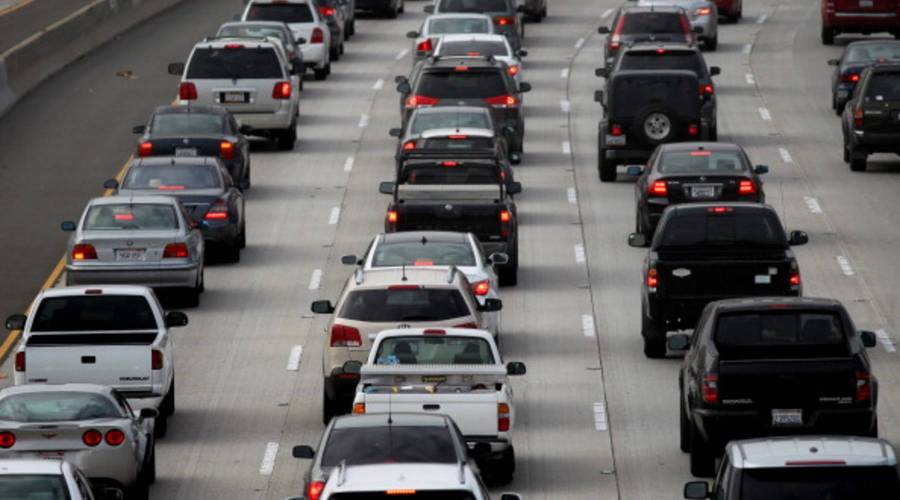 There’s a saying that you’re never in traffic, you are traffic. In the early visions of companies like Uber and Lyft was the promise that they’d help pull drivers away from using their own cars and free up road space. But in today’s reminder of the power of unintended consequences, recent studies show ride-sharing services made traffic worse in San Francisco. There are other factors to blame as well. The city has been booming recently, so there are more people and more on-line shopping and food deliveries.

But Wired transportation reporter Aarian Marshall said one of the main issues is that people aren’t using ride-sharing the way everybody thought they would. Marketplace’s Jack Stewart spoke with Marshall. The following is an edited transcript of their conversation.

Aarian Marshall: Uber and Lyft both would love people to use their sharing products. That’s when you hitch a ride with someone else and save money that way, but there are a lot of people who are using these as just straight-up taxis. And that means you’re not getting those [traffic] savings by actually pulling cars off the road. You’re actually putting more cars on the road because you have the driver in the car who’s racing around trying to get different people everywhere.

Marshall: That’s a great question, and it’s something researchers are desperate to find out. And they’ve had mixed success so far. There has been a decrease in public transit ridership in the time that Uber and Lyft have been very popular in most big cities, but that could be accounted for by other things. We have recovered from a recession in that time, which means people might have a little more money for their own cars and not need public transit.

There was actually a study by these same University of Kentucky researchers who did the San Francisco study. It’s not peer reviewed yet, so take it with a little bit of a grain of salt. But it found that when Uber and Lyft enter a city, that’s associated with a 12.7% decrease in bus ridership. There could be other reasons why that’s happening. Uber and Lyft will also tell you that their most popular times, when people love taking ride-hail, is actually at night and on the weekends, which is not necessarily the really popular time to take public transit. Some people might be taking new trips because of Uber and Lyft and not necessarily skipping out on the bus because of it. So it’s complicated, and it’s probably also a little different in every city.

They’re going to say to Uber and Lyft, “You guys have to be much, much better about making sure that these trips happen quickly and that your drivers aren’t just creating this crazy congestion while they wander around racing to the next fare.”

Stewart: What can cities do about this? Is there a good model for how to integrate these types of services and not make congestion worse?

Marshall: One thing that Uber and Lyft say they’re trying hard to do is they’re actually building transit into their apps so you can — if you live in a city like Santa Monica, California, or if you live in Denver — you can open your lift app and it will tell you how to take the train instead of a car. These companies are also investing heavily in bikes and scooters because bikes and scooters are a great way to get around traffic. You don’t just sit in traffic when you’re on a bike, you get to weave around traffic.

Stewart: And cities like New York are taking even stronger measures to try and control the numbers of cars.

Marshall: New York is a really interesting situation because most cities don’t have regulatory authority over companies like Uber and Lyft, but New York does. That means that it does have access to that data, and so it knows exactly how these companies are operating on their streets, and they are putting it to use.

About a year ago, New York froze the number of vehicle licenses it issued for new Uber and Lyft drivers. Uber and Lyft said this is going to be terrible for business, but last week New York said is going to keep with that freeze. It’s not going to have any more Uber and Lyft vehicles coming onto the streets for the foreseeable future. It also suggested it wants to create some sort of new rule which we’ll probably see in the next few days that reduces the amount of time that drivers are driving around looking for a fare. They’re going to say to Uber and Lyft, “You guys have to be much, much better about making sure that these trips happen quickly and that your drivers aren’t just creating this crazy congestion while they wander around racing to the next fare.”

Stewart: If we really throw this [to] last week, Uber talked about its plans at its Elevate summit to put flying taxis into the air — I guess trying to alleviate the congestion problem by lifting people up and over it. Is there a chance they’re just going to fall into this same quagmire with a scheme like that?

Marshall: It’d be such a pain if there were traffic on the ground and then traffic in the air, and you just can’t escape anywhere. Uber’s plans are interesting. They’ve released some very cool-looking renderings. They have people hard at work on building flying taxis, but there are so many regulations that they must go through before flying taxis are a real thing. So I’d say don’t start looking for flying taxis in your Uber app yet.

Stewart: That’s not going to fix this problem for us.

Stewart: In the near future.

Uber’s Elevate Summit in Washington, D.C., last week didn’t generate the same exciting headlines that were seen last year from its meeting in LA. Either the idea of flying taxis became slightly less outrageous as people hear more about it or skepticism is building. A TechCrunch story with the lede “Uber’s annual flying taxi summit reveals Uber Air has a ways to go,” summarizes the challenges — batteries, approval from the Federal Aviation Administration., buy-in from cities, public acceptance and vehicle partners.

Uber recently revealed its plans to start an air service with existing helicopters, offering a trip to John F. Kennedy International Airport in New York while it waits for aircraft companies to construct and certify the electric people-sized drones they’re developing. Just five days later, a helicopter crashed onto the roof of a building in Manhattan, killing the pilot. Fast Company’s story gave some analysis, saying “let’s learn lessons, not impose knee-jerk bans on flying over cities.”

As Aarian said, you have to wonder if the introduction of an affordable flying taxi service will really help cut congestion on the ground or just give new meaning to the phrase “air traffic.”

If there’s one thing we’ve learned about creating extra transport capacity, it’s that it rarely eases congestion. There’s this tricky little thing called “induced demand.” New lanes on freeways make trips easier and faster, which encourage more people to drive, which clogs up the freeways. Phys Org gave an explainer on the phenomenon and a look at what congestion cutting mechanisms do work elsewhere in the world.

All these unintended transportation consequences remind me of a quote from the naturalist and environmental philosopher John Muir, the man called the father of the national parks. I found the exact wording from the Sierra Club:

“When we try to pick out anything by itself, we find it hitched to everything else in the universe.” 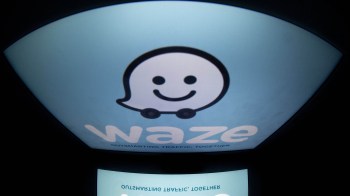 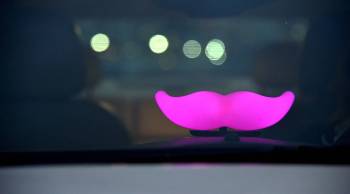 7: Lyft co-founder says the company could be profitable by 2018