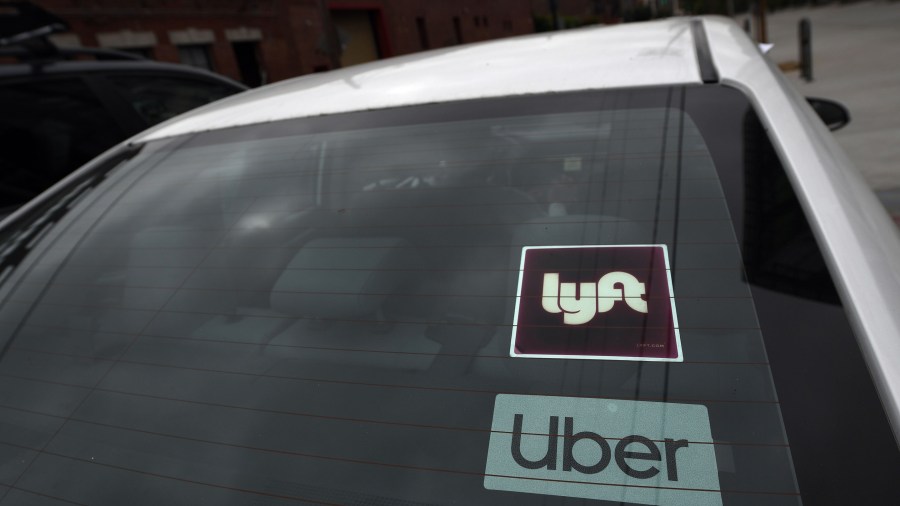 Gig companies have talked about promoting state laws to keep workers as independent contractors. But executives and union leaders have been signaling a possible compromise.
Listen Now

Gig companies have talked about promoting state laws to keep workers as independent contractors. But executives and union leaders have been signaling a possible compromise.
get the podcast
get the podcast

Platforms like Uber, Lyft and DoorDash emerged big winners from the 2020 election when California voters approved Proposition 22. The ballot measure keeps gig workers classified as independent contractors rather than employees who qualify for full benefits and protections, including the right to join a union.

It had looked like gig companies were ready to take this playbook to other states to basically create their own labor laws at the ballot box. But now, we’re seeing signals the companies and labor unions might be willing to talk to head off more Proposition 22-style battles. I spoke with Josh Eidelson, who covers labor for Bloomberg News and recently wrote about this. He said despite the platforms’ victory, there’s still incentive to negotiate. The following is an edited transcript of our conversation.

Josh Eidelson: For the gig companies, Proposition 22 was a big legal victory in that it defuses a threat in California. But the Prop 22 victory is something that would be harder to transport around the country than a deal with unions. And the companies also now have the threat of a Biden administration that could appoint people to the National Labor Relations Board who deem those companies to be employers and go after them for not providing the benefits and rights that they’re supposed to under those terms.

Meghan McCarty Carino: What kind of deal are they talking about? What power could they give to unions?

Eidelson: The companies have signaled in the past that they’re interested in some version of sectoral bargaining, a system where multiple employers meet with workers to set sectorwide standards. And they’ve expressed interest in creating some form of benefits for workers that do not match everything that employees get under federal and state law. That said, a number of key union leaders are signaling that they are open to compromise. They are entertaining alternatives.

Eidelson: Well, the COVID-19 pandemic has sucked a lot of workers into the gig economy. The pandemic has brought home the reliance that some Americans as customers have on the services that these gig companies are providing, and also the significance and the import of protections that exist under federal and state and local law that employees get and contractors generally don’t.

McCarty Carino: How soon do you think we could see the results of some of these talks?

Eidelson: New York is an important place to watch, given the budget deadline in a month and the potential if there were an agreement to try to squeeze it in there. There are conversations going on around the country. Anything that happens at the state level has the potential to become a national model.

Josh’s piece dives much deeper into the labyrinthine world of gig worker labor law. He said the type of deal companies and union leaders are contemplating could involve some limited benefits and union representation, but without making workers employees. And Bloomberg also reports that Uber has hired a prominent critic of the platform for a new role, advocating for drivers within the company. Alex Rosenblat wrote the 2018 book “Uberland: How Algorithms Are Rewriting the Rules of Work.” Uber said it hired her because it wants “people at Uber who care about driver issues and who aren’t afraid to challenge our thinking.”

Law professor and vocal Prop 22 critic Veena Dubal has a Twitter thread challenging the thinking of labor leaders who would make a deal with the gig companies. She points to compromises made back in the New Deal era when our system of employment classification was created. It excluded domestic workers and farm laborers from important benefits and protections — jobs dominated at the time by Black workers. She says the gig workforce is disproportionately made up of people of color, and a union compromise that keeps workers as contractors would be a setback for racial justice. 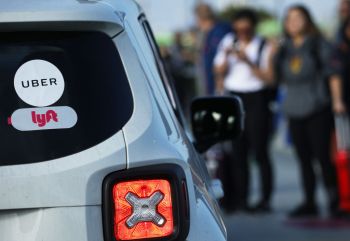 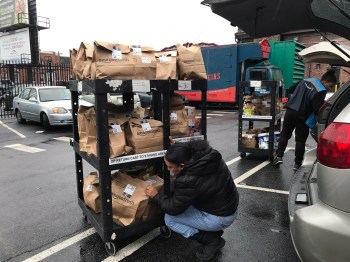