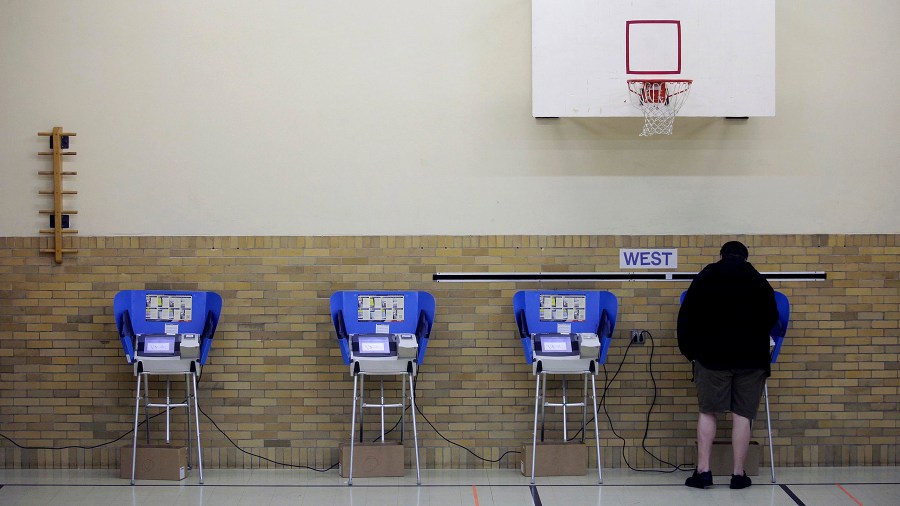 The University of Chicago is connecting election officials with cybersecurity experts.
Listen Now

It’s Election Day in a half-dozen states and another opportunity for officials to sort out just how to run elections in a pandemic. As roughly 8,000 jurisdictions prepare for November, one concern is cybersecurity and whether their systems can withstand any kind of hacking. Some of these folks don’t have the strongest security background, so they need training on setting up things like secure passwords and two-factor authentication.

To help, the University of Chicago created a program called Election Cyber Surge to connect election officials with cybersecurity experts. I spoke with Maya Worman, the executive director of the initiative. She said there are a lot of bad scenarios. The following is an edited transcript of our conversation.

Maya Worman: Maybe someone gets locked out of their system. Maybe the voter roll can’t be accessed and they aren’t able to print the list of registered voters, so they don’t have any way to verify when someone comes to vote if that person is registered to vote. There are also some pretty egregious misinformation attempts. You could hack a website where you could find your polling place and have had all of that information change and be inaccurate, or information about when the polls close being tampered with. And people think they have an authoritative source, but not realizing that that information has been intercepted and changed with malicious intent.

Kimberly Adams: Well, that’s kind of terrifying, which would imply that perhaps these are things that state, local, maybe even federal officials would value enough to pay for. But you’re organizing volunteers to do that. How did we get here?

Worman: (Sigh.) We’re here, so I guess the most productive thing is to go forward from here. I think that more from the federal government would be great, and I think that educating the election officials and then giving them the tools on how to implement what they’ve learned is definitely where we need to be. And until then, we’re here to help.

Adams: If we’re talking about things like good passwords and not being vulnerable to probing or hacking, two-factor authentication, etc., what does that tell us about the gap in cybersecurity knowledge for these 8,000 people?

Worman: It’s substantial, and maybe that’s something we could look at. Historically, election security has meant physical security: Where do we keep these machines? Where do we lock up these ballots? Who has the key? Obviously, we’re well past that now. What we need to do is prompt election officials and create an appetite across the country for people to have, to want, to demand the safe and secure elections that we all kind of expect to just happen.

Adams: How are you vetting these people who basically might get an entry into the technology and information systems of local election offices?

Worman: That’s where the election official — we will encourage them, and I’m sure that they would not need any prompting here to follow their standard policies and protocols for working with outside people. Whether it’s a confidentiality and nondisclosure [agreement] or some other contractual guideline or requirement for working with, understanding their unique challenges and systems. They know how to work with outside parties, and we encourage them to follow what they would normally follow when they’re working with someone outside of their core staff.

The CARES Act, that last big pandemic relief bill, did provide an extra $400 million in grants to help local and state election officials adapt ahead of the November elections. But that’s not really going to make much of a dent in this issue. Politicians here in Washington, D.C., are still negotiating over how much, if any, election assistance will be in the next round.

Kevin Collier wrote for NBC about how this growing “hacker army” is stepping in to try to help overburdened election officials. He points out there is free cybersecurity training for them available through the Department of Homeland Security and the government’s Election Assistance Commission. Other private groups are stepping in as well. The Center for Democracy and Technology has an online toolkit to help the people running elections recruit and train more tech-savvy volunteers.