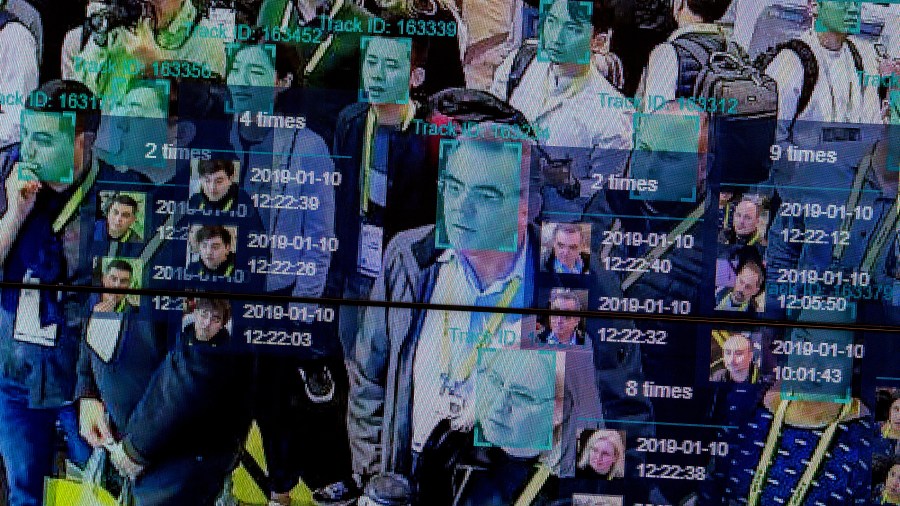 Thirteen different agencies confirmed they did not know the the facial recognition systems used by employees.
Listen Now

A new report from the Government Accountability Office (GAO) says at least 20 federal agencies are using facial recognition technology, and not just the obvious acronyms like the FBI, TSA and ICE. Agencies like the U.S. Fish and Wildlife Service, the FDA and NASA are using the tech, too.

And 13 of those agencies, more than half of those using facial recognition, don’t know what systems their employees are using or how often they use them. The agencies that do keep track say they’ve used it for identifying people at the January 6 insurrection and during last summer’s protests sparked by the murder of George Floyd. This includes the U.S. Postal Service, according to Gretta Goodwin, director of the GAO’s homeland security and justice team.

The following is an edited transcript of our conversation.

Kimberly Adams: Are all of these agencies allowed to use facial recognition in the way that they’re doing it?

Adams: And you mean other government entities?

Goodwin: Not necessarily. Sometimes they would use another government entity’s facial recognition technology system, sometimes they would use a private entity’s facial recognition technology system. Some of the private entities have access to a number of different types of images that law enforcement might not have access to.

Adams: It seems like there’s concern that maybe law enforcement officials would have access to a database, say like Clearview AI, scrapes photos from social media. But these are photos that normally law enforcement couldn’t look at or use without a warrant, right?

Goodwin: That is correct. That is correct. And so, when the law enforcement agencies were making use of private companies’ facial recognition systems, such as a Clearview AI, they were accessing photos that they would not have normally been able to access because of privacy and civil liberties concerns.

Adams: How much do these agencies know about how their employees are using facial recognition systems?

Goodwin: Some of the federal agencies were not always monitoring how often or whether their employees were using the system. In our survey, 14 of the agencies told us that they use systems to support criminal investigations. But we found that only one of those 14 had awareness of which non-federal systems were being used by their employees. The U.S. Immigration and Customs Enforcement was the one that knew which non-federal systems were being used by the employees. The remaining 13 did not, and so this includes the FBI, the DEA, U.S. Customs and Border Protection, among others.

Adams: How well, based on what you found in your report, are these agencies adhering to existing privacy laws?

Goodwin: We didn’t go into a lot of detail in this report. The GAO issued another report earlier, in 2016. That report was mostly focused on the FBI. This report doesn’t go into a lot of the privacy and accuracy concerns, but we do raise them based on the information we know from just how the technology has been used in the past. And given that the technology is being used more and more, we believe that the privacy and accuracy concerns are something that the agencies need to be focused on.

Adams: And I’m guessing that’s all tied up in the civil liberties concerns.

Adams: There’s been a lot of research on the biases in facial recognition software, particularly in terms of how it identifies Black and brown faces. How are agencies taking that into account when they’re deciding how they use the software?

Adams: It seems like, going through this list, the recommendations are about how to use facial recognition better, not over whether to use it at all. Has that ship sailed?

Goodwin: I won’t say the ship has sailed, but I will say that if the agencies are using the technology, our recommendation will help them use it in such a way that they have insight into how it’s being used, they are complying with privacy laws and that the systems that they are using are sufficiently accurate.

The full report includes more detail on how agencies are using facial recognition, the GAO’s recommendations, and agency responses. And the Washington Post’s reporting on this provides some useful context, too.

Meanwhile, cities across the country have placed limits on the use of facial recognition, which is less effective on non-white faces. Some major providers of this technology have stopped working with police departments, and at least three cases of wrongful arrests stemming from facial recognition have led to lawsuits.

The Verge has a piece on a Maine law passed just this week, which the site calls, “the strongest state facial recognition ban yet.” It basically prohibits any law enforcement agency from using it except in very specific circumstances.

Looking outside the U.S., a Reuters story details how Europe’s two privacy watchdogs are calling for a ban on the use of facial recognition in public spaces, which would run counter to draft European Union rules that would allow it for public security reasons.