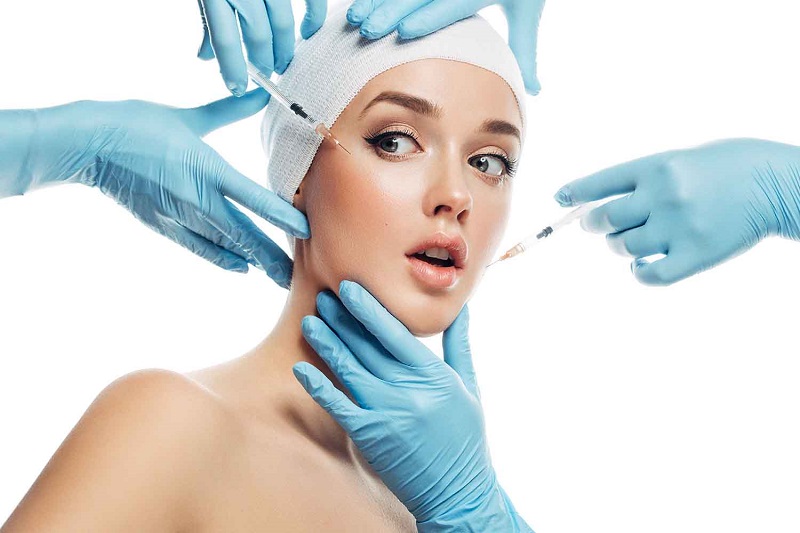 Some millennials wish their real-life faces could look more like their Instagram faces. And the cosmetic medical cosmetic industry is taking notice.
Listen Now

We all know selfies have become an art form on social media: the perfect “I woke up like this” pose, the filters that make lashes longer, skin smoother, cheeks more plump and delectable, and noses more pleasingly pointed.

And the makers of these fillers are paying attention. The American Academy of Facial Plastic and Reconstructive Surgery said there’s been a 20% increase in Botox injections among 18- to 37-year-olds in the last five years. With that increase comes an increase in social media marketing budgets to target influencers who can, in turn, target future customers.

But now that everyone looks so good online, they want to look that good offline, too. And as Erika Beras reports, that’s leading people in their 20s and 30s to get cosmetic injections so they can look more like their selfie filters.

“People are on Instagram anyway looking at other people’s faces all the time,” Beras told me. “And then they might follow women that they might look up to, and they’re hash tagging ‘Sunday afternoon,’ #Botox #fillers. You know, the whole thing.”

A quick search for the Botox hashtag turns up almost 5 million Instagram posts, by the way. There are a little over 1.5 million for #fillers. And the influencing is specific enough that Beras told me some doctors have had patients specifically ask for “Insta cheeks,” cheek injections that mimic specific filters, as well as Juvederm injections on the tip of the nose to mimic a popular Snapchat look.

In fact, last year, researchers at the Boston University School of Medicine warned about what they called Snapchat dysmorphia. They said it could lead to body dysmorphic disorder, which is a mental illness that causes people to obsess on their imagined defects.

And in January of this year, doctors at Massachusetts General Hospital published a guide for cosmetic practitioners to help them figure out when they are dealing with someone who’s beyond normal discontent with their appearance (which is apparently so common that it’s called “normative discontent”), and are actually onto the obsessive-compulsive spectrum that characterizes BDD.

Their research said as many as 13.1% of people seeking cosmetic surgery have BDD.

However, I did find a hopeful story from Taylor Lorenz over at The Atlantic from late April that said the next generation is actually rejecting the carefully edited and super-stylized aesthetic that has become an Instagram standard.

She wrote that influencers in their teens and early 20s are going for a “messier and more unfiltered vibe.” One 15-year-old influencer said avocado toast and posts on the beach are “generic” and “played out” and that it’s not cool to be manufactured.

Certainly as ephemeral Stories become more popular, the perfectly manicured and curated magazine-like layout of earlier Instagram (which is admittedly very recent and frankly still most current) is starting to look a little dated — or at least that’s what we can hope, unless Allergan comes calling on these kids with a really big check.