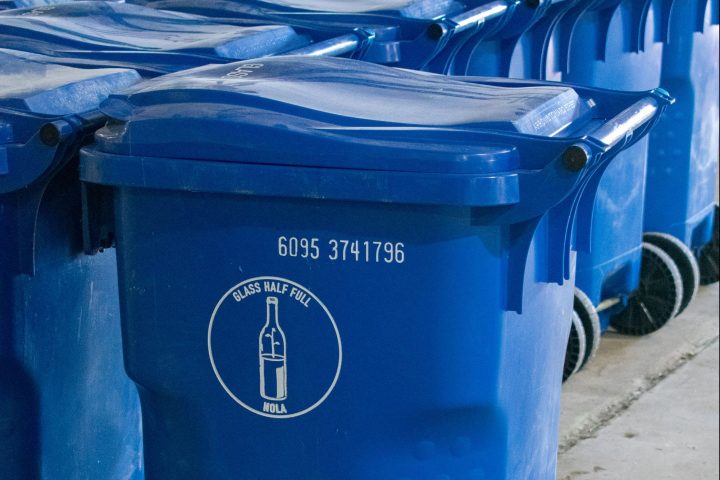 The origins of a glass recycling empire

COPY
Glass Half Full turns the glass it collects into a sand product that can be used in anything from art to disaster relief. Courtesy Glass Half Full
My Economy

The origins of a glass recycling empire

Glass Half Full turns the glass it collects into a sand product that can be used in anything from art to disaster relief. Courtesy Glass Half Full
Listen Now

Franziska Trautmann, co-founder and co-director of Glass Half Full NOLA, says that, like most good ideas, the idea for the recycling program “started over a bottle of wine.”

In Louisiana, where Trautmann was going to college, that bottle had no local recycling options. Instead, it would end up in a landfill. She and co-founder Max Steitz set out to change that.

They started small by collecting glass in a backyard to process and recycle themselves, but the project quickly grew. Trautmann said that once the glass started coming, it never stopped.

They continue to scale the operation up, and these days the glass sand they create from processed bottles is repurposed for a whole range of things, including flood disaster relief and mitigating coastal erosion — which is particularly important for New Orleans, the home of Glass Half Full.