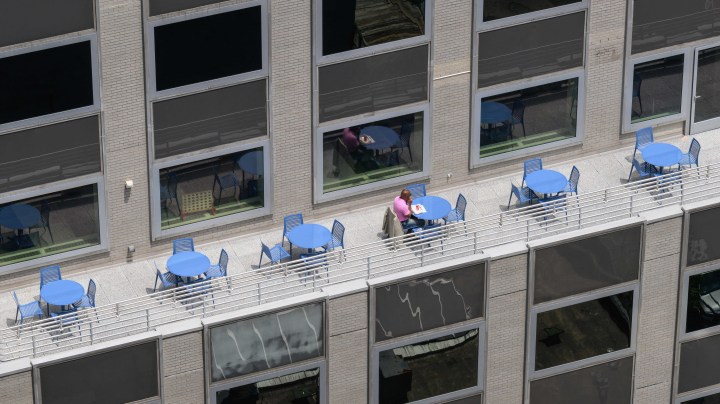 If you and the people you work with are making the daily commute, there’s a decent chance you don’t live in New York or San Francisco.

“There’s increasingly kind of two Americas,” said Emma Goldberg, a reporter at The New York Times who covers the future of work. “One in which the workplace has been kind of upended and people have spent the past more than two years working on their couches. And then there are a lot of workers who have been either in-person the whole time or have returned en masse much earlier.”

Goldberg recently wrote about the divide, examining a variety of data gauging the proportion of workers who have returned to their offices. Overwhelmingly, offices in cities like New York and San Francisco were well below pre-pandemic occupancy levels, while cities like Columbus, Ohio, had nearly recovered.

To hear Goldberg’s interview with “Marketplace” host Kai Ryssdal, use the media player above.