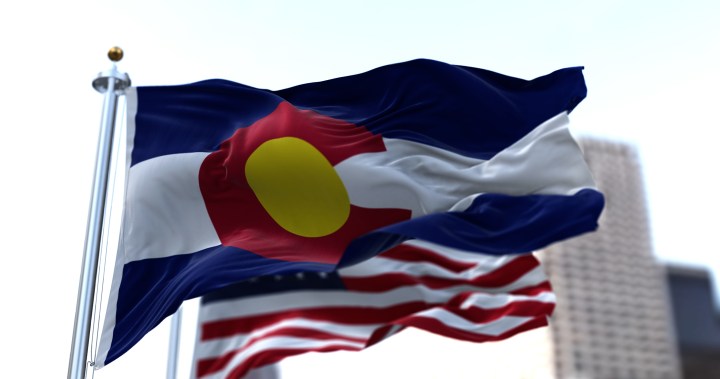 The pandemic forced some companies to shut down storefronts and put up with supply chain issues and inflation. Despite the financial squeeze, federal data show new monthly business applications have skyrocketed during the last 3 years to levels well above almost any other time in over a decade.

That trend is mirrored across Colorado. Mexsu, a restaurant in a rural city called Yuma near the state’s eastern border, is a prime example. On a recent sunny Wednesday afternoon, co-owner Juan Carlos smiled and thanked departing patrons as lunch rush ended.

“I know 80 or 90, if not more percentage of my clients,” Carlos said. “I always kind of know already what he wants, what she doesn’t.”

In 2019, Carlos moved from California to this rural city of over 3,000 with his girlfriend, Maribel Ayon. About a year and a half later, the couple opened this restaurant. Carlos said he wasn’t concerned about starting in the middle of a pandemic — but Ayon was.

“Him having the courage, definitely led me to more having that courage as well,” Ayon said.

Menu decisions magnified the uncertainty. Yuma, more than two hours east of Denver, is often called a “beef town” due to the many ranches surrounding it. So, the couple considered selling burgers at first. But that felt inauthentic to their experiences and identity.

“So we said, let’s just embrace what we eat and who we are,” Ayon said while holding Mexsu’s menu, which predominantly features both sushi and tacos.

It’s a reflection of the fare traditionally found in food stands along northwest Mexico’s coastal cities, like Mazatlán and Culiacán, where the pair grew up. The couple said their bet paid off.

“When you walk Main Street like our block, you see cars, you see people walking around,” Ayon said. “I definitely see our sales go up each month.”

State data show 18 new businesses like Mexsu opened on Yuma’s main street since 2020. However, the number of established businesses that folded across Colorado is also high.

Though some existing enterprises are benefiting from new businesses opening nearby. One example is The Orphanage, a classic car gallery and event space just a short walk down Main Street from Mexsu.

The Orphanage closed for the pandemic’s first months. Co-owner Ron Wenger, who was born here, said they kept the lights on using funds from the car repair shop across the street, which he’s owned since 1977.

“(The Orphanage is) our passion,” Wenger said. “We’re willing to invest money in it.”

Wenger opened the gallery with his husband, Richard Birnie. Since it reopened in Summer 2020, the Orphanage has hosted wedding rehearsal dinners, quilt art shows and other events.

New businesses like Mexsu thriving nearby, Birnie said, helps everybody.

“It’s nice to see all the cars parked down the street once again, because I’ve seen it pretty bare here,” he said.

Back at Mexsu, co-owner Maribel Ayon said she’s very grateful for the community’s support. As she gives out paychecks to her employees, Ayon said she sometimes reminds them the money comes from the community, not her: “This is Yuma, helping us grow.”

And Ayon said she hopes Mexsu helps build this rural community too.