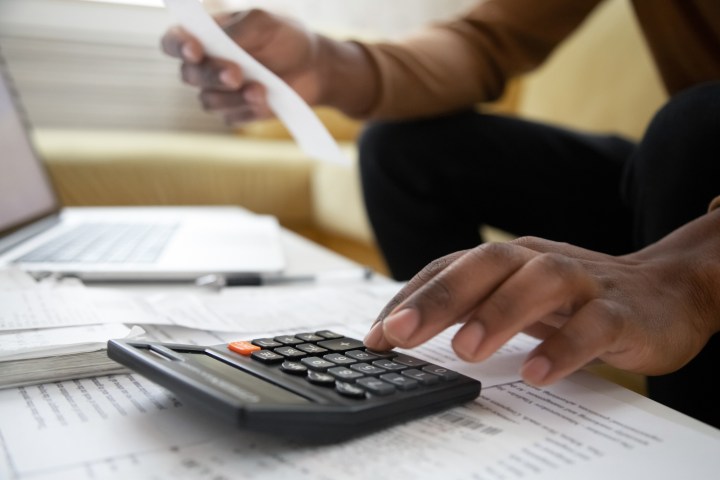 COPY
The overturning of Roe v. Wade has led to more financial obstacles to those seeking out the procedure. Getty Images

The overturning of Roe v. Wade has led to more financial obstacles to those seeking out the procedure. Getty Images
Listen Now

Now that the Supreme Court has eliminated the constitutional right to abortion, states are enacting their own laws banning the procedure. Pregnant people in those states face a number of new financial obstacles to getting an abortion, and those costs can add up.

Let’s start with the cost of an abortion procedure.

“The average cost of an abortion, is about $550,” said Liza Fuentes, principal research scientist at the Guttmacher Institute, which supports abortion rights.

Then, add the cost of traveling to a state that allows the procedure.

“This is going to be a trip,” she said. “It’s going to be dozens of miles, hundreds of miles.” That means paying for gas, or airline tickets and paying for lodging, if you have to stay overnight. And, paying for child care. Fuentes says 60% of people seeking abortions are already parents.

“We’re talking about people trying to find someone to keep their children for a day, for two days, perhaps even more. That could be hundreds and hundreds of dollars,” she said.

To help offset some of those costs, there are abortion funds across the country. But if you call the Frontera Fund in the Rio Grande Valley of Southern Texas, you get this message:

“In light of the Supreme Court’s decision, and the uncertainty around Texas law, we are forced to pause funding at this time.”

In Texas, abortion will become illegal within weeks.

“It’s devastating and it’s heartbreaking … to be in this moment knowing that we’re forced to stop helping our communities,” said Rockie Gonzalez, the fund’s founder. Gonzalez said the fund had to cease all operations to ensure the safety of its staff.

At this point, she said, “Our number one priority is making sure that everyone knows where we are, what we are able to do, and what we are able to not do.” Because under Texas and Oklahoma law, even advising someone on how to get an abortion can land you in court.

Jessica Gipson with the UCLA School of Public Health said that’s had a chilling effect on health care providers.

“So in the face of legal and perhaps even criminal penalties, I think providers will be put in a really untenable situation,” she said, adding that these added financial burdens will fall the hardest on people who can least afford them.

“Many of these states that are poised to ban abortion or have already done so, such as Texas and Oklahoma, have more residents that are living in poverty, and more residents who are Black, indigenous, and people of color,” she said.