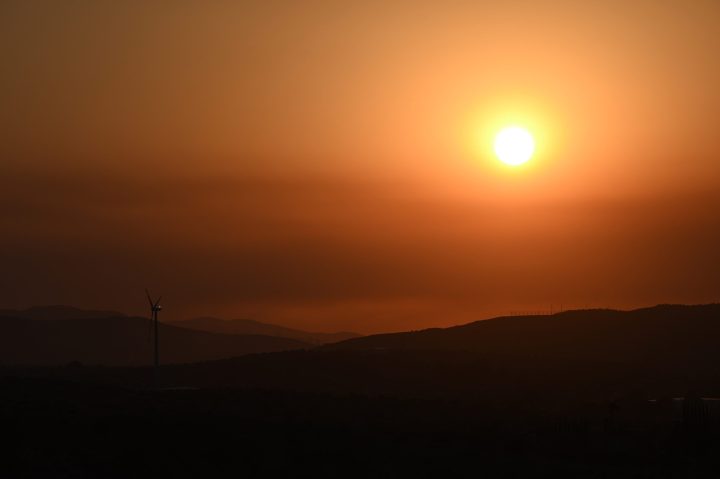 COPY
A heat wave that started in the southeastern part of the country is now making its way across. Photo by ROBYN BECK/AFP via Getty Images
A Warmer World

A heat wave that started in the southeastern part of the country is now making its way across. Photo by ROBYN BECK/AFP via Getty Images
Listen Now

The heat wave that’s been making its way across the country will reach the Southeast today, where it’s expected to bring triple-digit temperatures to cities like Memphis, Atlanta and New Orleans this week.

The extreme temperatures have already had an impact on agriculture.

The heat wave started in the Southwest, where Jamie Viramontes grows chiles and onions on a farm in southern New Mexico.

“We have to water them for longer periods of time so that the ground temperatures can stay fairly cool,” due to the early heat, she said.

That extra watering will cut into her bottom line. But that’s nothing compared to what farmers and ranchers in the Midwest are facing.

“They saw a spike in temperatures, an increase in humidity, a loss of wind and it almost happened overnight,” said Scarlett Hagins with the Kansas Livestock Association, who said the region just wasn’t prepared for temperatures to break 100 degrees in mid-June.

That heat killed at least 2,000 head of cattle in Kansas alone.

“These were market-ready animals and on average were worth about $2,000 dollars per head so economically, for these producers, it was a significant loss,” she said.

Climate scientists said extreme heat events are only going to get more frequent and intense.

Agriculture needs to look for ways to adapt, said Madhu Khanna, an agricultural economist at the University of Illinois.

She said temperature swings, like the ones much of the country is experiencing now, could be just as harmful to crops and livestock as the heat itself.

“As a result we need crops that are more adapted to varying changes in climate, not just to be made more heat resistant or drought tolerant,” she said.

Another way the industry might adapt is by adjusting growing seasons, said Wolfham Schlenker, a professor of environmental economics at Columbia.

“You grow earlier to avoid the extreme heat in the summer,” he said, adding that we could also see crops that are typically grown in the South move north. “I think places like Minnesota and Canada might actually benefit slightly but places in the southern U.S. will really have a hard time adapting,” because they have warmer climates to begin with, Schlenker explained.

He said regional economies built around certain crops and livestock could suffer the most.