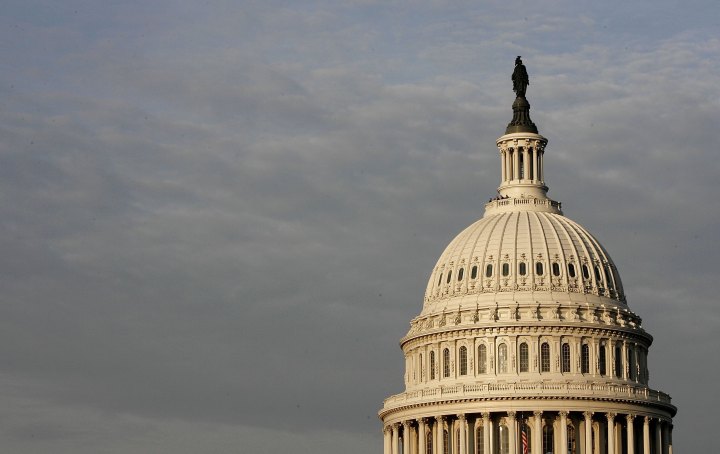 COPY
The Senate agreement on a framework for gun control includes more states enacting red flag laws, which kick in if the threat of violence becomes evident. Photo by Win McNamee/Getty Images

The Senate agreement on a framework for gun control includes more states enacting red flag laws, which kick in if the threat of violence becomes evident. Photo by Win McNamee/Getty Images
Listen Now

There are more details on the bipartisan Senate agreement on a framework for new gun measures.  The agreement includes support for more states to enact “red flag laws” – or “extreme risk protection orders.”

Most gun control measures in this country are reactive. But red flag laws kick in when there’s a threat of violence, said Joseph Blocher with the Duke Center for Firearms Law.

“What they do is allow a judge to issue an order that a person temporarily give up their guns,” he said.

That order can come if a family member or a cop or a doctor, depending on the state, provides evidence that that person might hurt themself or someone else.

At a later hearing, the person has a chance to prove they’re not a threat.

“Due process absolutely still applies but the Supreme Court has long recognized that sometimes the hearing can come after the original deprivation,” Blocher said.

Like in the case of a restraining order or an involuntary commitment for mental illness.

And while we tend to talk about red flag laws after mass shootings, they can be used to prevent much more common forms of gun violence, said Thurman Barnes with the gun violence research center at Rutgers.

“You think about domestic violence situations and also if someone is not well and is contemplating suicide.”

Nineteen states and D.C. have red flag laws on the books.

Rosanna Smart, an economist with the Rand Corporation said it’s too early to say for sure if they’re effective, as most are less than 5 years old.

“The fact that these laws are really recent does create challenges for sort of drawing strong inferences,” she said, adding that the data we do have is promising, particularly when it comes to gun suicide prevention. “But these are not going to be a panacea for gun violence in a given state.”

She said a lot more research is needed to figure out which kinds of gun control measures are most effective.