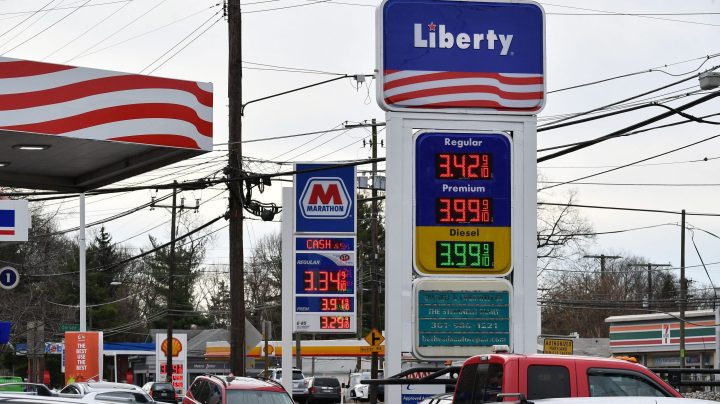 President Joe Biden sent a letter Tuesday to big oil refining companies, including Exxon Mobile and Chevron, demanding that they take immediate action to lower the price of gasoline and diesel for consumers. He said “historically high” refinery profit margins “are not acceptable.”

And a report released by the International Energy Agency on Wednesday that said oil demand is going outpace supply going into next year and will be exacerbated as long as Russia’s war in Ukraine persists.

So what might this mean in the near-term future for what folks are paying at the pump?

Predicting energy demand into next year is no easy task, said Joseph Sykora, an equity analyst at Aptus Capital Advisors.

“I think it’s very difficult to have any forecast whatsoever for 2023 for a number of reasons,” he said.

Those include rising interest rates, inflation and potential lockdowns in place like China if there are COVID-19 flareups, Sykora said.

But in the very short term, things are a little clearer. Geopolitics and supply chain hiccups are limiting supply, while in the United States, it’s driving and vacation season, which means we’re burning a lot of fuel.

“It’s not end consumers that buy oil, it’s refineries that buy oil,” explained Abhi Rajendran, a research director at Energy Intelligence. “And refineries have never made so much money, so oil demand is going to be very robust over the short term, even with the global kind of economic picture looking pretty dicey.”

If refineries could process more oil right now, they would, he said.

Any request from the White House to do more is likely going to get a shoulder shrug from refiners, according to Hugh Daigle at the University of Texas at Austin.

“Refiners are operating near capacity, 90 to 95% capacity. There’s not much more capacity they can add,” he said. “And so you can tell them, ‘Please produce more gasoline.’ But it’s more complicated than that.”

Limited refining capacity could just be a new reality, Daigle said. Many refineries were shut down during the pandemic, and investors are no longer keen on long-term, capital-intensive fossil fuel projects in the U.S.