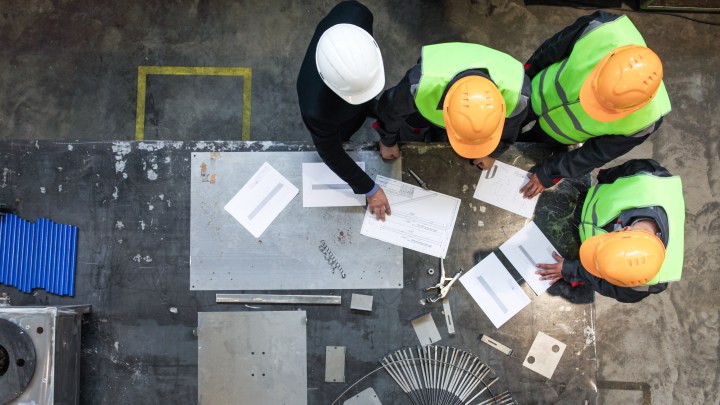 COPY
Changes to size standards mean the biggest small businesses could end up with a huge advantage over the smallest companies. ALotOfPeople/Getty Images

Changes to size standards mean the biggest small businesses could end up with a huge advantage over the smallest companies. ALotOfPeople/Getty Images
Listen Now

For all the coverage of small business that we do at Marketplace, we don’t have a fixed definition of what makes a business “small.” A small business could be a literal mom-and-pop store, a restaurant with a couple of employees or a manufacturer with 150 employees.

The federal government can’t afford to have such a loosey-goosey definition — some federal aid is earmarked strictly for small businesses, along with $150 billion of federal contracts every year, according to the Small Business Administration.

The definition is based on what sector a business is in, the number of people it employs and how much revenue it pulls in every year. In order to allow more businesses to compete for government contracts, the government has recently been making some changes to that definition.

One company that will benefit from the changes is Akana, a small engineering firm based in Portland, Oregon.

“During the pandemic, we were able to win some large federal contracts,” said Herb Fricke, Akana’s president and CEO. “And we increased our revenue significantly.”

Those contracts have included road work, light rail construction and new bridges. Fricke said the federal government is now the company’s biggest client. And he’s hoping Akana can get a piece of the $1 trillion in infrastructure spending President Biden signed off on last November.

“There’s still a lot of temptation to continue growing,” Fricke said. “You have to make hay when the sun is shining, right?”

Problem is, business has been almost too good for Akana. Until this year, the federal government defined a small engineering firm as one that brought in an average of no more than $16.5 million a year in revenue. Last year, Akana brought in more than that — its status as a small business was at risk.

“If we weren’t designated [as a] small business, we’d be competing with the gigantic companies out there,” Fricke said.

In April, the SBA increased the maximum size standard for small engineering firms by $6 million a year. Fricke said that gives his company room to grow.

“I was concerned two months ago,” he said. “And then when they brought out the new standard, I took a sigh of relief.”

The SBA is required to revise its size standards every five years. The idea is to keep firms like Akana from having to worry about losing their small business designation.

“We don’t want to artificially keep them at a lower level. We want to be able to create that pathway for growth,” said Bibi Hidalgo, the SBA’s associate administrator for government contracting and business development.

But raising the threshold of how big a small business can be runs the risk of including some businesses that aren’t small at all, said Karen Kerrigan, president & CEO of the Small Business & Entrepreneurship Council.

“The whole point of the set-asides was just to allow more small businesses to have an opportunity to compete against the bigger businesses for contracts,” Kerrigan said. “So, if you’re making these size standards larger, they could lose meaning.”

The biggest small businesses could end up with a huge advantage over the smallest companies.

“Let’s say a firm like mine — the likelihood that we’d get awarded is significantly small,” said Ray Méndez, president of Mendez Engineering in San Antonio. “But now, it’s going to be even harder to get that.”

Méndez said his firm brings in roughly $2 million a year. That’s well below the $22.5 million threshold for small engineering firms. In order to win government contracts, Méndez has been looking to partner up with bigger firms.

“If you can get a good teaming partner, you can both capitalize on that,” Méndez said. “You have more contract opportunities to pursue that way, because you’re a team and you go in as one.”

Teaming up gives small firms like his something that they don’t have.

“The reason that a lot of these smaller firms get teamed up with is because, a lot of times, they don’t know the way, or who to approach or how to win these contracts,” Méndez said. “And the bigger firms that have done this for years have a good roadmap to do that.”

The goal, Méndez said, is to leverage those partnerships, so that his company can be the bigger engineering firm one day.