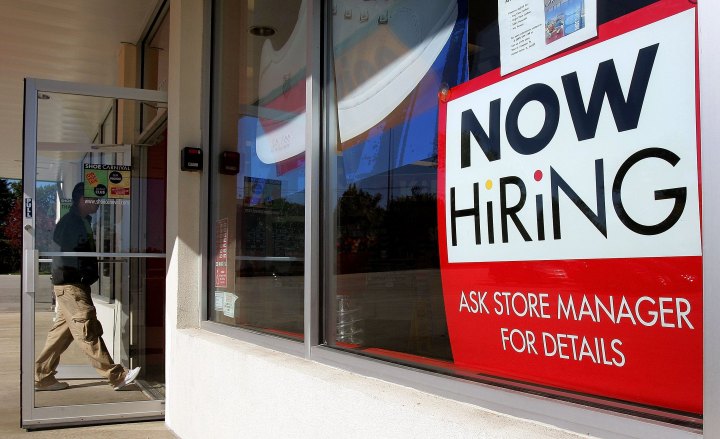 COPY
"Second-chance hiring" is on the rise, but those with criminal records still face significant barriers to employment. Tim Boyle/Getty Images

"Second-chance hiring" is on the rise, but those with criminal records still face significant barriers to employment. Tim Boyle/Getty Images
Listen Now

America may be on recession watch, but for now, the job market remains red hot. Employers are looking for workers in an economy that has recorded monthly job gains of over 400,000 for 12 straight months. And companies are starting to tap into a large group of long-ignored but willing workers: people with criminal records.

Marketplace’s Andy Uhler spoke with senior economics contributor Chris Farrell about “second-chance hiring.” The following is an edited transcript of their conversation.

Andy Uhler: We’re talking about what’s called second-chance hiring. What kind of employers are doing this? I know Jamie Dimon, the CEO of JPMorgan Chase, has talked about this as a hiring solution. But there are other big players getting in the mix, yeah?

Chris Farrell: Yeah. Brand-name companies like Walmart and Home Depot have publicly committed to hiring people with criminal records, which as you say is known as second-chance hiring. And by the way, it’s not just the brand-name companies. Over three-quarters of [human resources] professionals — and these are from organizations with 500 or more employees — said that they had hired individuals with criminal records. And that’s according to a 2021 survey that was done by the [Society for Human Resource Management] and the Charles Koch Institute.

Uhler: And so on the other side of this, who is getting hired? I imagine it’s not a lot of violent crime offenders.

Farrell: No, that’s right. So looking at the same survey, among HR professionals whose organizations hired individuals with criminal records, 83% said the individuals had a substance-related felony in their background, and the same percentage said the individuals had a misdemeanor in their past, something maybe like shoplifting. And research by economists, by the way, show that people with records on payroll have higher retention rates and loyalty with lower turnover.

Uhler: And one of the things that this tight labor market sort of spurs companies to doing is looking for those other solutions, but there’s still a long way to go, right? The unemployment rate among people with past convictions is still traditionally very high.

Farrell: The numbers are really depressing. And the think tank Rand calculates that more than half of unemployed American men in their 30s have a history of being arrested or convicted of a crime. And limited employment opportunities for people who are formerly incarcerated worsens racial and socioeconomic inequities.

Uhler: A lot of folks have been saying, “Don’t treat this as charity. Treat this as hiring the best people for these jobs.” I mean, that’s sort of the prevailing narrative of, “These people can do the work. Why don’t you hire them?”

Farrell: “Charity” is a huge mistake. These people want to work, they want to rebuild their lives and they want the opportunity to prove themselves at the workplace. This is good business. As I mentioned earlier, low turnover, high retention rates, high loyalty — the reason for hiring workers in this economy is it’s good, smart business policy.