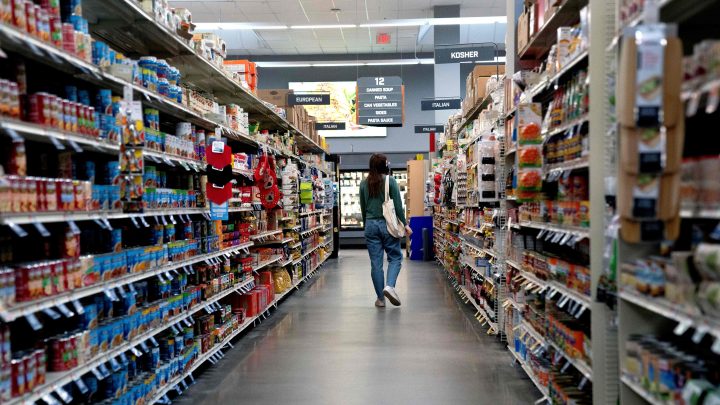 States could use budget surpluses to help people with everyday costs. Stefani Reynolds/AFP via Getty Images

States could use budget surpluses to help people with everyday costs. Stefani Reynolds/AFP via Getty Images

Once the pandemic hit, a lot of states struggled to make ends meet — a combination of increasing unemployment and less tax revenue coming in.

These days, though, a number of states have cash to spare. That’s because the economy recovered faster than expected, helped by hundreds of billions of dollars in pandemic relief funds from the federal government.

Governors in some states are now using some of that extra cash to help folks deal with inflation.

Deciding what to do with extra state money is pretty simple for a lot of governors: one-time tax cuts or tax holidays.

Jared Walczak, vice president of state projects at the Center for State Tax Policy at the Tax Foundation, said those are often sold to voters as responses to inflation. “But, of course, it also contributes to inflation by putting more money into the economy without increasing productivity.”

Walczak said states are targeting specific expenses for some of this relief: gasoline, groceries, property taxes.

But Brian Sigritz with the National Association of State Budget Officers said many state legislators see this surplus cash as a one-time opportunity to get ahead balancing their budgets.

Who benefits from a tax cut is going to depend on how states design it.

“Typically, in red states, you have rate cuts, and those benefits are going to go mostly to higher income people. Whereas in blue states, you’re seeing a lot more refundable tax credits. And those will go to lower-income households, those who were most harmed,” said Richard Auxier, a senior policy associate at the Tax Policy Center in Washington.

And, Auxier said, how these tax cuts affect inflation will depend on exactly when they go into effect.