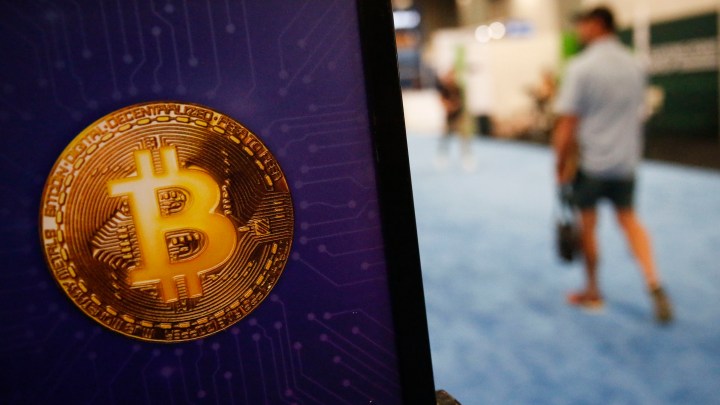 COPY
While a 401(k) that includes cryptocurrency may pique the interest of younger investors, the volatility of bitcoin worries some financial advisors. Marco Bello/Getty Images

While a 401(k) that includes cryptocurrency may pique the interest of younger investors, the volatility of bitcoin worries some financial advisors. Marco Bello/Getty Images
Listen Now

Fidelity Investments’ recent announcement that it will allow investors to include bitcoin in 401(k) retirement portfolios is drawing backlash in Washington.

Senators Elizabeth Warren and Tina Smith are questioning the move, saying it could put the retirement savings of millions of Americans at risk.

In a letter to Fidelity’s CEO, Warren and Smith say the investment giant’s plans pose a potential conflict of interest. Fidelity, which is a Marketplace underwriter, has mined crypto and has even opened a cryptocurrency fund for high-end investors.

“It should be the case that the investment advisors don’t have a direct material stake,” said Jacob Hacker, a professor of Political Science at Yale University.

In a statement, Fidelity told Marketplace it has a “proven 75-plus year history of doing what’s in the best interest of our customers.”

Teresa Ghilarducci with The New School says the law requires administrators of retirement plans to act solely on behalf of clients.

“We want a fiduciary to manage our money that only has our best interests at heart,” said Ghilarducci.

The Labor Department has also said that including cryptocurrencies in 401(k)s poses a potential danger to retirement savings and it expects to investigate plans that offer it.