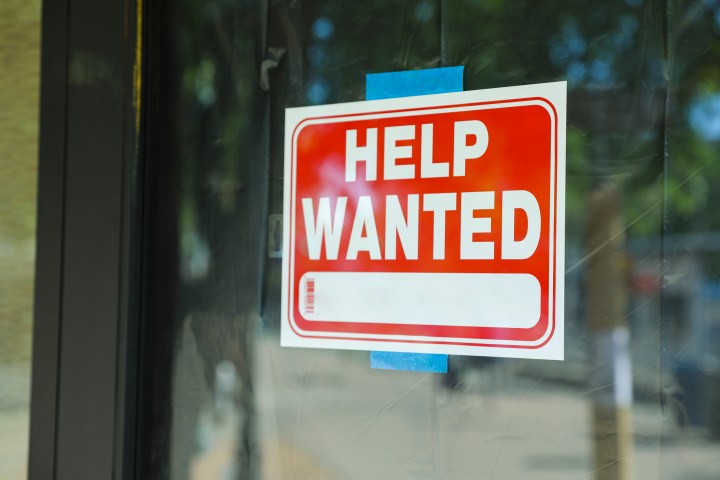 COPY
Help wanted sign in front of a store front.

Starting this week, the Department of Homeland Security is granting extensions to many immigrants whose work permits have — or are about to — expire. The government is trying to deal with a massive backlog that’s affected both immigrant workers and their employers.

Federal officials say the new policy protects as many as 420,000 immigrants from losing their ability to work in this country.

Asylum seeker Jairo Umaña, a roofer from Nicaragua, is one of them. He’s a member of the Asylum Seeker Advocacy Project, and he says he stopped working almost a month ago when an automatic half-year extension ran out.

Immigration authorities will now allow that extension to run for an additional year. Umaña calls it a relief and says it gives him and others better opportunities to continue working.

That relief could extend to the nation’s tight labor market, says Daniel Costa of the Economic Policy Institute.

“There’s not just an impact on the individual, but there’s an impact economy-wide,” said Costa.

Still, Costa says that not every immigrant will be eligible for this extension, and backlogs caused by understaffing and underfunding at the agency in charge will persist.

Correction (May 5, 2022): A previous version of this story misspelled Daniel Costa’s name.