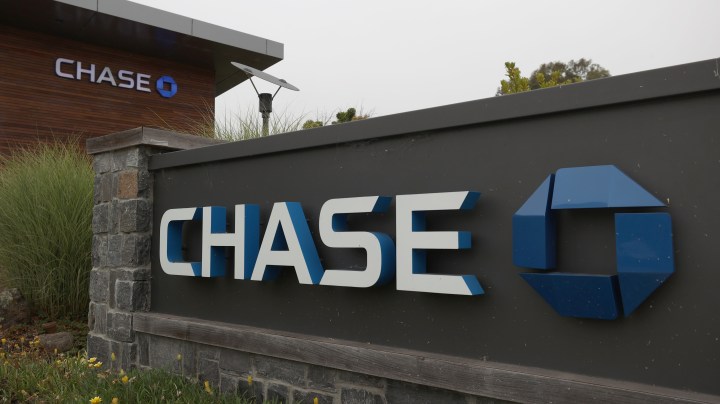 COPY
Though commercial lending is starting to pick back up, some small businesses still have cash on hand from government relief programs. Justin Sullivan/Getty Images

Though commercial lending is starting to pick back up, some small businesses still have cash on hand from government relief programs. Justin Sullivan/Getty Images
Listen Now

When the biggest banks in the country announced their quarterly earnings earlier this month, many of them reported loaning out more money to businesses than they had been during the first two years of the pandemic, when many small businesses were flush with government relief.

Even though commercial lending is starting to pick back up, some small businesses are thinking twice about taking on more debt.

Banks have plenty of incentives to lend money right now. For one, banks have lots of deposits on their balance sheets, both from consumers who’ve been stockpiling savings and businesses that have been paying back their Paycheck Protection Program loans.

“That’s wonderful, but it is sitting around, and banks need to put that money to work,” said Chris Duncan, senior loan officer with La Salle State Bank in Illinois.

Another incentive to lend out money is rising interest rates, which are finally making loans more profitable.

“We would like to take advantage of the bump in interest rates to make some loans that have a little bit healthier of a margin for the bank,” Duncan said.

Duncan said the bank’s planning to get a little more aggressive in marketing its loans. “We’ll be out there trying to push our products to folks who need them, folks we think that it’ll benefit, and hopefully we’ll have some luck in terms of loan volume increasing.”

So far, he hasn’t had much luck. That’s because many businesses don’t see a need to borrow money. Take Randy George, co-owner of Red Hen Baking Company in Vermont, who has some cash left over from government relief programs.

“Most of that’s gone, but we felt that it was prudent to hold on to a little cushion,” George said.

Instead of making big plans that would require borrowing more money, George said he’s been using the cash to make small improvements. For instance, he just bought a waffle-cone maker to help him sell ice cream. He also recently purchased a tilt skillet, a piece of equipment that lets him cook larger batches of soup.

Mostly, George is trying to make his business more efficient. His bakery and cafe are still facing supply chain problems, higher costs and a shortage of workers.

“We haven’t even gotten back to our pre-COVID business hours,” George said. “And that has a lot to do with staffing. You know, so we need to grow back into using the facility we have to its full potential.”

While some business owners don’t need to borrow, others don’t want to.

“I wouldn’t even consider it,” said James Beck, owner of iBurn, a hot sauce shop in Houston, Texas. Beck said he’d think about taking out a loan if he wanted to expand the business. Right now, he thinks it’s just not the time.

“Why would I want to go into any type of expansion, regardless of what it is, just to have who knows what type of distraction, or health crisis, or international crisis?” Beck said.

Beck said he’s been focused on making sure his business survives. This month, he moved the shop to a much smaller location in Houston. He’s also keeping less product on hand.

“Normally, we would carry more substantial inventories that’d allow us to wholesale, as well,” Beck said. “But even the businesses that used to buy from us, wholesale, have stopped.”

Beck said he hopes that downsizing will help him lower costs enough to make the business profitable again. He’s also focusing on expanding online sales before thinking about taking on any debt.

“When we can get to a point where we can be able to see that OK, next month or next year, is going to be either consistent or back into increasing revenue, then I would reconsider,” Beck said.

At this point, he said, there’s not a chance.