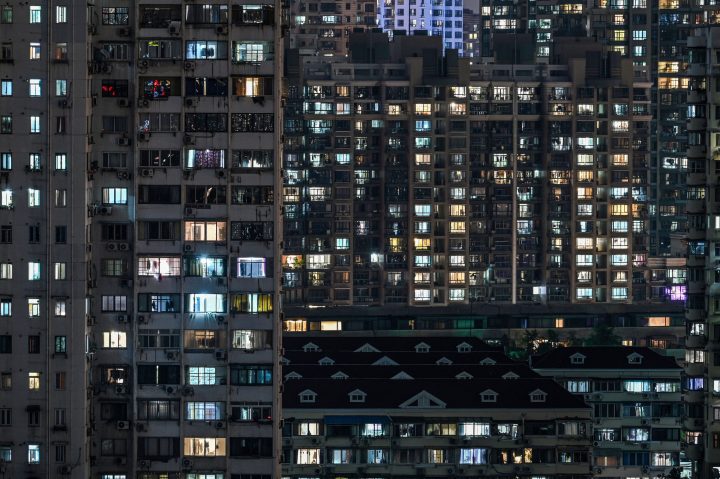 COPY
View of residential units during a COVID-19 coronavirus lockdown in the Jing'an district of Shanghai on April 21, 2022. Photo by HECTOR RETAMAL/AFP via Getty Images
COVID-19

View of residential units during a COVID-19 coronavirus lockdown in the Jing'an district of Shanghai on April 21, 2022. Photo by HECTOR RETAMAL/AFP via Getty Images
Listen Now

China’s financial hub, Shanghai, is entering its fourth week of a strict lockdown to contain the spread of COVID. Tesla and some companies have started to resume work at their facilities, but that’s a small portion of the population. For the majority of people, including Marketplace’s China correspondent, Jennifer Pak, they can’t step past their front door except for mandatory testing.

For more on this, “Marketplace Morning Report’s” Sabri Ben-Achour spoke with Pak. The following is an edited transcript of their conversation.

Sabri Ben-Achour: First, can you give us a sense of what COVID numbers are like there right now? How bad is it?

Jennifer Pak: So the COVID numbers have been dropping in the last few days, but that still means about 18,000 cases per day. And it’s not just those infected, but their contacts and their contacts’, contacts. All of them get sent away to hospitals or isolation facilities, and some of them are less than sanitary conditions. The vast majority of cases have little to no symptoms.

Ben-Achour: People staying at home, like you, have had difficulty getting food supplies. Has that problem eased?

Pak: Somewhat. I mean, I still can order from the usual e-commerce apps. But two things seem to work: One is group buying in my community, but sometimes at triple the usual price – and government handouts, but I don’t really know what I’ll be getting or when. So it’s either I have too little vegetables or too much. My case is the best case scenario. Some residents in poor districts are left to fend for themselves.

Ben-Achour: This is at a time when the rest of the world is basically opening up. Why is China still doing lockdowns and and not just in Shanghai … in dozens of other cities?

Pak: Well, officials say it’s to prevent deaths. You know, the initial harsh lock downs at the start of the pandemic was really successful for China, and not only kept the death rates low, but also kept cargo going. Somehow officials didn’t use this lead time in the last two years to vaccinate the most vulnerable population, the elderly. Chinese vaccines, which are the only ones available here, are less effective. Generally three shots are seen as ideal protection. And right now only 38% of people over the age of 60 have boosters, and officials here acknowledge that that is far too low. So meantime, that means hundreds of millions of workers, students and residents over the past two years are asked to make a lot of sacrifices during these lockdowns.