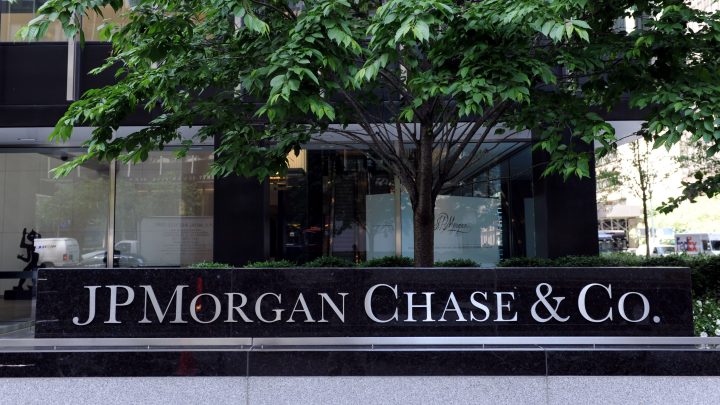 COPY
JPMorgan's financial results offer clues to where the economy is headed, analysts say. The giant bank generated $8 billion in profit in the most recent quarter. Stan Honda/ AFP via Getty Images

JPMorgan's financial results offer clues to where the economy is headed, analysts say. The giant bank generated $8 billion in profit in the most recent quarter. Stan Honda/ AFP via Getty Images
Listen Now

We are in the thick of earnings season — that procession of corporations telling shareholders how they’ve been doing over the last three months. As usual, one of the first to report was JPMorgan Chase.

The bank is taking a half-billion-dollar hit because of Russia’s invasion of Ukraine. But JPMorgan’s quarterly report offers insights into where this economy is headed.

With over $3 trillion in assets, JPMorgan Chase is the largest bank in the country. Which means that “JPMorgan is an enormous bellwether for the U.S. economy,” said Mike Mayo, a banking sector analyst for Wells Fargo.

Mayo said the JPMorgan canary may be making tiny squeaks in the economic coal mine. But with $8 billion in profit to show for the first three months of the year, Wednesday’s report was not squawking the R-word.

“It says the U.S. economy is strong and probably not going into a recession, at least not this year,” Mayo said.

JPMorgan wasn’t tied at the hip financially to Russia; there are no collateralized caviar-backed securities on the balance sheet.

But Russia’s invasion of Ukraine hurt JPMorgan where regular Americans are also feeling pain — in commodities. This is according to Ebrahim Poonawala, an analyst at Bank of America.

“They had a client who was exposed to the nickel market a month ago, and there was a lot of volatility in those markets. Similarly, oil prices,” Poonawala said, referring to key Russian exports.

At the same time, all the uncertainty of the past three months — omicron, Ukraine, inflation, Federal Reserve rate hikes — was a moneymaker for a different part of the bank.

When investors get freaked out, they pay JPMorgan to help them buy or sell bonds. “All of that has been extremely volatile, and that led to a pretty strong quarter for trading,” Poonawala said.

JPMorgan is not so freaked out about the broader economy, at least not in the short term.

But the bank did make a medium-term move to protect itself against darker economic skies by adding $900 million to its credit reserves.

“A credit reserve is the equivalent of a rainy day savings account, and the bank just put more money in their rainy day account,” said Karen Petrou, co-founder of Federal Financial Analytics.