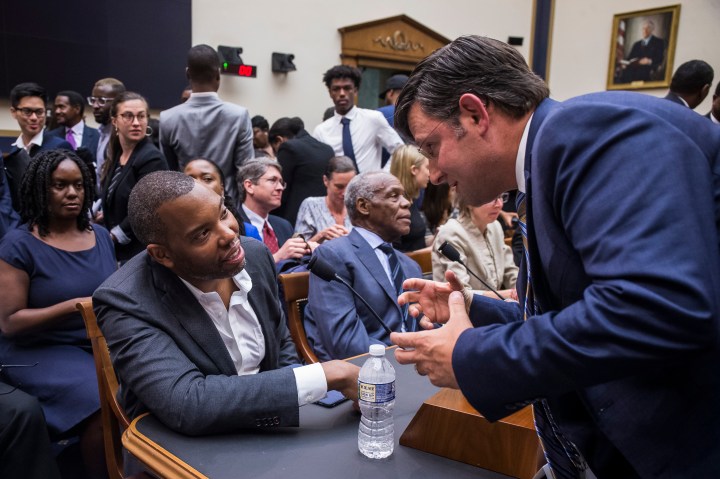 California is the first state in the country to create a task force exploring reparations for Black Americans. There’s no plan on the table yet, but reparations could include things like scholarships or housing assistance or direct cash payments. On Tuesday, the task force took an initial vote to restrict eligibility for compensation based on lineage.

The debate both inside and beyond the California task force is whether reparations should be limited to those who can prove they are direct descendants of enslaved people.

“Shirley Chisholm or Harry Belafonte, the banana boat man, they would all be excluded,” he said.

And Daniels said it may be difficult or impossible to prove someone’s ancestors were enslaved.

“I think myself along with others expect for this particular commission to set the tone for what’s going to happen in other states,” he said.

The task force is due to release its final recommendations next year. Then it’s up to the California Legislature to decide whether to make them law.