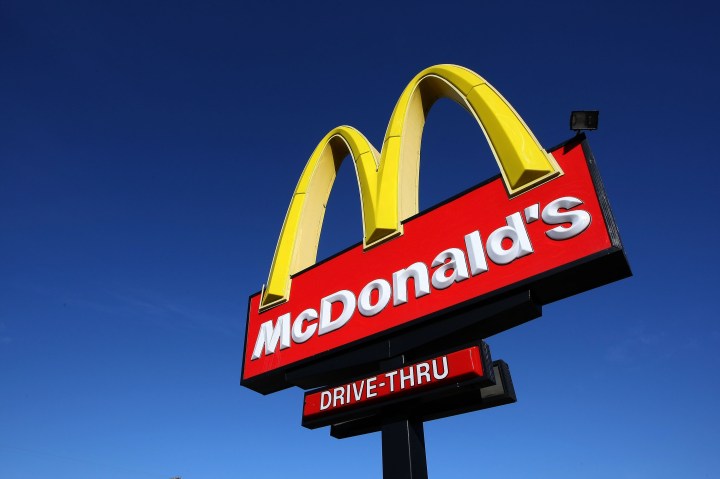 COPY
"It's very interesting what a break this was from all the things we've talked about in the past," said Yale's Jeffrey Sonnenfeld. Justin Sullivan/Getty Images

"It's very interesting what a break this was from all the things we've talked about in the past," said Yale's Jeffrey Sonnenfeld. Justin Sullivan/Getty Images
Listen Now

More than 450 companies, from Exxon to Starbucks to H&M, have partially or fully withdrawn from Russia since the country’s invasion of Ukraine began on February 24, but many Western companies have yet to abandon their Russian operations, according to a now-viral corporate watchlist compiled by Yale management professor Jeffrey Sonnenfeld.

“It’s very interesting what a break this was from all the things we’ve talked about in the past; who the first movers were and who the tardy ones have been,” Sonnenfeld said in an interview with Marketplace’s David Brancaccio.

Sonnenfeld spoke with Brancaccio about how his team is categorizing corporate responses to the invasion of Ukraine and why he’s skeptical about some companies’ justifications for remaining in Russia. The following is an edited transcript of their conversation.

Jeffrey Sonnenfeld:  As a schoolhouse, we came out with a five-stage coding of, basically, A, B, C, D, and F: One of them we call the “complete withdrawals;” a clean break. A second one a “suspension,” where companies were temporarily cutting off operations, but truly doing it. A third one “scaling back,” where they’re significantly cutting back on business operations; a fourth one where that’s the truly cosmetic stuff which we’re giving a “D” to of sorts; where they’re putting off some unspecified vague longer-term investments, but still continuing their regular operations. And then the “F” where they’re digging in and defying any demands for exit.

David Brancaccio:  The nature of the business makes a withdrawal from Russia either complicated — it’s always going to be complicated — but it could be super complicated. There’s also ethical issues that some of these companies point out — like if you were providing medicines to Russian people, maybe you don’t want to get out completely. Nestle doesn’t want to sell its candy anymore in Russia, but it thinks, for instance, its infant milk formula needs to still be available.

Sonnenfeld:  Yeah, I think they really are manufacturing some public relations spin to justify cowardice and greed. You can take a look at direct competitors of any of these companies digging in, and they made alternative choices. The most compelling one — which, again, is false — is the humanitarian argument of these pharmaceutical companies that have such oh so critical late-stage clinical trials and just can’t be relocated. It was very strange they’re ever located there, but there’s no justification for them to continue. And all but one or two of them recognize that; pulled out and shut down. That was definitely a missed call. And for them to argue that a lot of what those pharma companies were providing were pet supplies and infant formula and things is very questionable. But the other ones about being suddenly, overnight, a paternalistic, long-term, responsible employer — wow, that wasn’t the case when some of these [companies] were closing mill towns around the U.S. and relocating jobs fairly abruptly, without a lot of relocation assistance, if any. Suddenly they’re concerned about their long-service Russian employees that are considered to be innocent civilians? I just don’t buy these arguments that have been tossed out there. And even those that did have some complications because of legal constraints; that they are franchise deals — there are some workarounds possible that we can talk about.

Brancaccio: I mean, the legal issue is not a trivial one. A lot of these companies have contracts in Russia and may put themselves in further legal jeopardy if they just left.

Sonnenfeld: They have contracts. But any of these contracts, of course, have clauses that would invalidate the contract. Unfortunately, a couple of decades ago, in the enthusiasm of perestroika or something else, they wrote unusually generous franchise arrangements so that the force majeure clause — which would be more than just an act of nature, but other kinds of terrorist government changes, humanitarian issues that have often been written into these vendor and franchise contracts — were somehow eliminated. Suspiciously eliminated, I would say, but nonetheless, they were eliminated. It doesn’t mean they still didn’t have opportunities. So there are companies, say, like Yum Brands, which at least — there are 1,000 different KFC restaurants in Russia — they were able to cut out all the company-wide training; all the company-wide support for information systems, all the U.S. company-provided advertising. At least that was something. And they cut out on all future investments in helping develop any new properties there. So that was something. Starbucks was even more impressive: they actually began — which any one of these other franchise companies, franchisors can do — is to buy out franchisees. Now, it was expensive to do it, and a franchise doesn’t have to sell out. But there was a pretty good inducement to take a deal you can’t refuse when President Putin is trashing the value of these Western brands; that, somehow, the association has a negative taint from the West; that meant that it’s a good time for those folks to sell. So Starbucks was buying them back, and I think the others could have done something like that, too. And you take a look at a company like BP that left $25 billion on the table, or Shell that left $7 billion or $8 billion on the table, and Exxon even more than that, by pulling out of their Russian entanglements — that was a pretty big sacrifice to make to do the right thing. And certainly these franchise companies — it wouldn’t cost them anything near that.

Brancaccio:  But it’s not like flipping a switch. You’re going to keep an eye on these promises and whether or not, in the fullness of time, the companies that made the promises obey them?

Sonnenfeld:  Yeah, that’s so important. I get flooded with these bullet points and even screaming [public relations] people calling, emailing, texting that we listen to their message bullet points. But if they’re not official company statements that come out on the website as press releases; as a securities-required documents, we don’t believe that it’s true. So we don’t know that they aren’t going to say later that “Well, that isn’t what we meant. You misunderstood our messaging.” It has to be public and real. But then still, do they follow through? For example, some of the professional service firms that [took action to pull back from Russia] surprisingly early — because, as you know, the consultants and accountants and lawyers would usually rather jump off a cliff and get involved in controversy, let alone geopolitical battles in any conflict — they were severing operations. So the people who were the professionals in their firms are still going to be employed, which is different, in their own operation there. And that’s kind of what happened with the great withdrawal of 200 companies — we’re up to more than twice as much that now, this [time], but 200 companies from South Africa — Coca Cola, IBM, and General Motors, they set up separate companies as the main Western company pulled out, so the reassurance of the branding and the resources disappeared. In this case, local accounting firms and things like that maybe set up, but as long as they’re not internationally branded with that reassurance, and they don’t have to tap into the network of expertise and information systems and the rest, then that satisfies the requirement of the withdrawal.

Brancaccio:  Still, of the companies that seem very earnest in pulling out, have you ever seen anything like this in your life?

Sonnenfeld:  This is so much larger. Both the companies that moved first — of course, big tech has been, deservedly, in shadows of public scrutiny quite negatively, whether or not it’s social media companies to the heavy metal companies; the device companies — that they jumped ahead of the pack on this was quite noteworthy. And again, the oil industry — when do we ever celebrate the oil industry as a first mover on humanitarian social issues? Here they were. And as we mentioned, the professional service firms. But what was shocking to me is every other time we talk — whether it’s on voting rights or looking at the use of forced labor; of the suffering of the Uighurs in Xinjiang province in China — the apparel makers across the board pulled out, and it’s usually the consumer goods companies that are the most sensitive. They, this time, were kicking and screaming moving [out of Russia]. So it’s very interesting what a break this was from all the things we’ve talked about in the past; who the first movers were and who the tardy ones have been.