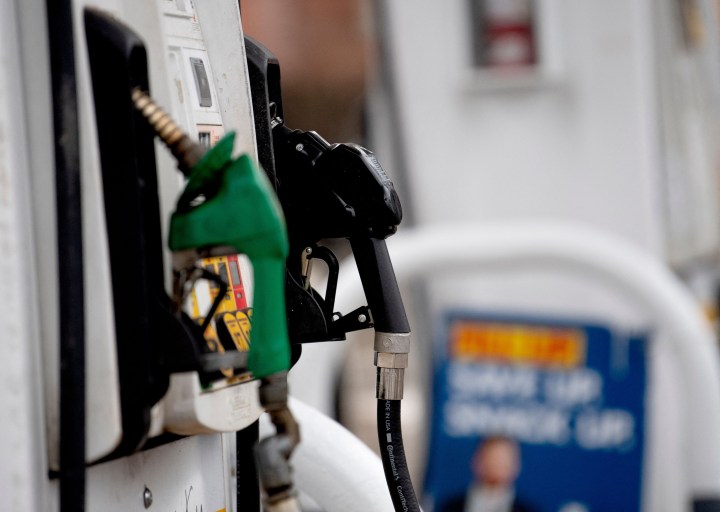 The national average for a gallon of regular gas was $4.252 on March 9, AAA reported, breaking the 2008 record of $4.10. Stefani Reynolds/AFP via Getty Images

The national average for a gallon of regular gas was $4.252 on March 9, AAA reported, breaking the 2008 record of $4.10. Stefani Reynolds/AFP via Getty Images

The Democratic governors of five states, including Pennsylvania and New Mexico, have written to House of Representative and Senate leaders in support of a bill that would suspend the federal gas tax until 2023.

“Money saved at the pump translates into dollars back in consumers’ pockets for groceries, childcare, rent and more,” the governors wrote. The bill was introduced by congressional Democrats last month, ahead of the midterms and prior to Russia’s invasion of Ukraine.

The national average gas price now stands at $4.25 a gallon, compared to $2.79 the same time last year, according to AAA. In California, the price of a gallon is as high as $5.57. Taxes account for 15% of the price of gas. The federal tax on gas is 18.3 cents per gallon and the average state tax is almost 31 cents.

Gas prices, on the rise earlier this year due to supply and demand issues, have continued to increase due to the Russia-Ukraine war. President Joe Biden, issuing the ban on all Russian oil imports, warned it would cause prices to increase. “Defending freedom is going to cost,” he said.

In New Jersey, Democratic congressman Donald Norcross has called for suspending both federal and state gas tax. In a political reversal, California Republicans say they want to freeze California’s gas tax for six months. (Democrats are against it due to revenue concerns.)

Although politicians of both major political parties toy around with the idea of a gas tax whenever prices rise, gas tax holiday proposals have generally been nonstarters because they result in lost revenue for the Highway Trust Fund, said Erich Muehlegger, an associate professor of economics at the University of California, Davis.

“This challenge of funding infrastructure is becoming a bigger and bigger problem in the U.S. because gasoline taxes have been held at the same level since 1993,” Muehlegger explained, adding that by authorizing the Treasury Department to transfer general fund dollars to replace lost revenue, the bill currently being debated attempts to address this issue.

“I think it is terrible tax policy and terrible environmental policy,” said Alice Abreu, a law professor and the director of the Center for Tax Law and Public Policy at Temple University, one of the tax experts questioning exactly how much the average consumer would save in a holiday.

Such a policy will primarily benefit those who need it least, Abreu noted, helping only those who drive, and those who drive bigger and less efficient cars in particular.

“By contrast, the smaller your car, the less you drive, and the more efficient your car is, the less you’ll benefit,” she said, giving the example of essential workers living in a city and relying on public transportation. Unless the transit authority also benefits from the holiday and decides to reduce fares, this group will not benefit from the move.

For that reason, Abreu said, a tax holiday is also less likely to benefit people of color, because of how many rely on public transportation in metropolitan areas. Nor will a gas tax holiday incentivize people to use environmentally friendly alternatives, Abreu added.

A number of politicians have also been asking questions about the average consumer’s potential savings. Democratic Rep. Peter DeFazio, chair of the House Committee on Transportation and Infrastructure, has argued the bill wouldn’t give any “significant relief.”

“The oil companies will just add the forgone federal tax to their coffers in whole or part,” DeFazio said in a statement against the bill.

If gas stations and oil companies take the holiday as an opportunity to increase pre-tax prices, they’ll pocket any savings. There’s another element to that: Unlike most other sales taxes, gas taxes are collected before the final sale, said Charlotte Crane, a law professor emerita at Northwestern University.

“That means that only if there’s a lot of competitive pressure will the retailer pass the reduction on to the customer,” Crane said.