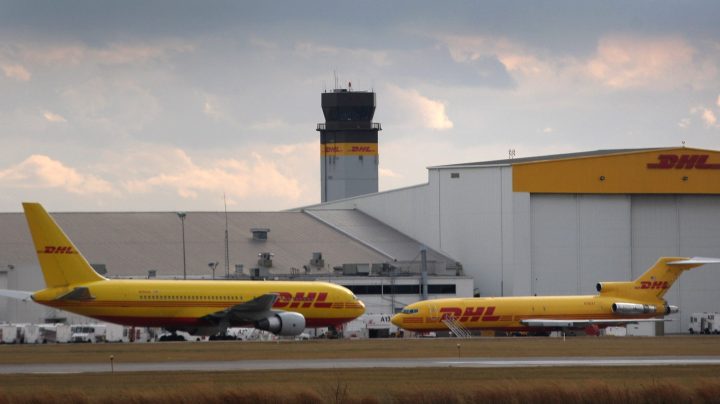 The global logistics platform Flexport has had to adapt its business around the conflict, and the company’s nonprofit arm is organizing an airlift of humanitarian supplies to refugee centers in Eastern Europe. Ryan Petersen, CEO and founder of Flexport, spoke with “Marketplace” host Kai Ryssdal about what the events of the last two weeks have meant for his business. The following is an edited transcript of their conversation.

Kai Ryssdal: So from where you sit, looking at global shipping and cargo, what do you see in the last, like, two weeks?

Ryan Petersen: Well, yet more volatility and chaos is probably the best way to describe it, starting with the aviation sector, where you lose the ability to fly over Russia. And that’s just for all the existing planes that can continue to fly. But Russian airplanes, Russian aviation, has been more or less banned from most of the world’s airports. And Ukraine was actually a major player in the air cargo industry. And those planes have all been completely removed effectively from the market as well. So the aviation air cargo business is dramatically cut short right now in capacity.

Ryssdal: What about surface borne, sea transport and that kind of thing?

Petersen: Yeah, well, on the rail side, the Trans-Siberian Rail is actually a pretty important link between Asia, between China and Europe. And most companies, I think, are curtailing that. I haven’t seen announcements from everybody. I know Flexport, we shut down our Trans-Siberian Rail service, mostly out of fear that the cargo would not arrive on the other side. And then on the ocean side, it’s not a huge disruption for container shipping. Most of Russian exports are bulk liquid, sort of energy commodities, those types of things that are not containerized. But the Black Sea shipping for those commodities is very much curtailed right now because of security risk. It’s dangerous to ship into a war zone. You’ve had a couple of ships get attacked, and therefore all the insurance policies are canceled.

Ryssdal: All right, so look, nobody listening to this interview needs to be told that the supply chain has been a mess for a while now. I mean, who knows how long this is gonna last, right? But for the next six to eight months, what do you think? Just gonna get more and more stressed?

Petersen: Yeah, I think it’s pretty ugly. You know, first off, energy prices are through the roof. And Russian energy is vital to the world’s economy. And that’s been more or less removed, and it’s going to really cripple and increase the price of shipping anything anywhere. The thing I’m really worried about is food. Russia and Ukraine combined export, like, 30% of the world’s wheat and grain. And if you’re a food-importing nation, watch out. I think it’s gonna be really chaotic times in a lot of countries that depend on that grain.

Ryssdal: Is there a way that — I don’t even know how to ask this question. But is there a way that if there is some kind of agreement in Ukraine, things can stabilize reasonably quickly? Because as we know, the disruptions have been real and substantial, and we’re still dealing with all of it.

Petersen: Yeah. You know, the big one-way door is are they able to plant the grain crop in Ukraine? If they can’t plant that crop, you’re not getting that back for this season. And you’re gonna have a lot of fallout from that. As far as logistics, like, our industry will survive. We’re kind of built for this. Like, it’s been a lot of volatility and chaos for the last decade or so in global shipping. New ships are getting made all the time. And new airplanes will come online to backfill those that have been removed. Even the Russian planes are likely, if I had to predict, they’re likely to get sold to a company in another country that would keep operating them so that capacity will return to the market over time. But the food is the one-way door. If you don’t plant the grain crop, you’re not going to export the grain.

Ryssdal: What do you hear from the people you talk to in Ukraine and in some of the places that are most stressed?

Petersen: We’re doing a lot of work right now with UNICEF and other aid agencies delivering products to refugees, to people who are affected by this humanitarian crisis. One thing that happens is they’re, they’re almost overwhelmed right now with too much stuff being shipped in the short term, and not always the right stuff. So I think it’s important if you are interested in contributing here, probably money is more valuable than products at this moment in time. And for those who were involved in humanitarian relief, to sustain it, not just for the next two weeks or next month, but for the next six months, the next three years, because I don’t think this problem goes away overnight. 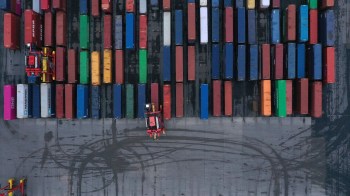 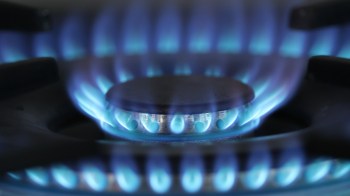