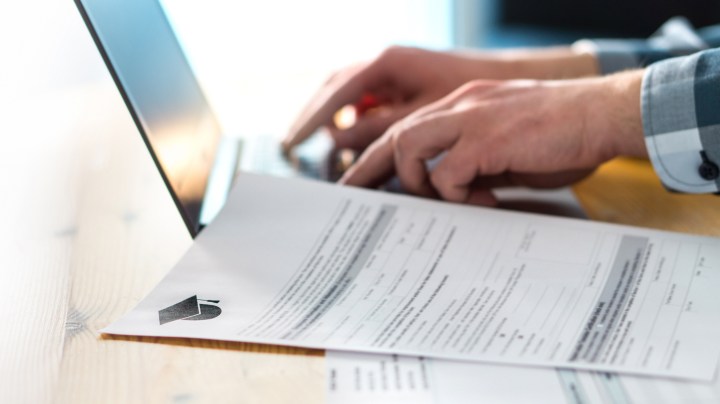 COPY
In states that require high school students to fill out the FAFSA, the number of students applying for financial aid has gone up. Tero Vesalainen/Getty Images

In states that require high school students to fill out the FAFSA, the number of students applying for financial aid has gone up. Tero Vesalainen/Getty Images
Listen Now

There’s a growing trend to make filling out the FAFSA, the application for financial aid for college, a requirement of high school graduation. More than a dozen states either have laws in place that make it a mandate or are considering one. The push comes as FAFSA, or the Free Application for Federal Student Aid, completion rates are declining. Last year, only 54% of high school seniors filled out the FAFSA, down from 61% five years ago. That means students are missing out on billions of dollars in free money from the federal government and states, which use a version of the FASFA application to help determine who is eligible for its own grants.

One reason students aren’t completing the application? It can be really awkward. It asks students a lot of personal questions, like how much their parents make.

“In the United States, we’re just not accustomed to talking with other people about how much money we earn,” said Pamela Bennett, who studies education as an associate professor of public policy at the University of Maryland, Baltimore County. She’s also the co-author of “Parenting in Privilege or Peril: How Social Inequality Enables or Derails the American Dream.”

Bennett said those conversations are especially hard for kids who are the first in their family to go to college. Schools can make them easier, she said, by creating dedicated FAFSA hotlines that students can call or text with questions or by holding FAFSA nights, where parents and students can come in to get assistance completing the application.

“The stakes are talent loss, frankly, for the country,” Bennett said. “FASFA is one of those bureaucratic things that has to be done. Without it, some kids are not able to go [to college] because they can’t afford to go.”

In states with FAFSA mandates, the number of students applying has gone up. In Louisiana, the first state to have the requirement, FAFSA completion increased by nearly 26% in 2018, the first year it was in place.

Advocates of these policies say paying for hotlines and other student support is key to making those mandates work.

“States have to put the money where the mandate is,” said Peter Granville, who studies college affordability with the Century Foundation. “I don’t think it’s a great idea for legislators to pass this requirement without also providing new resources to schools.”

Because these policies are so new, there’s no evidence whether more students who complete the form go on to earn degrees or even enroll in college.

“It will certainly increase the number of students who are aware of what their federal financial aid package might be,” said Bill DeBaun, director of data and evaluation at the National College Attainment Network. “Whether or not those students actually pursue higher education from there is an open question.”

Some say that instead of mandating FAFSA completion, states should incentivize it. Sara Goldrick-Rab, who leads the Hope Center for College, Community and Justice at Temple University, said Tennessee’s approach is a good one. It offers free community college to students who complete the FAFSA.

Tennessee had the highest FAFSA completion rate in the country at the time of publication.

For college students who have to fill out the form annually, it can still be a drag. Annie Hebel, 19, a sophomore at Seton Hall University, said completing the FAFSA has been on her to-do list for the last four months, but keeps getting shoved to the bottom.

“I’ve been kind of pushing my parents to, like, ‘Hey, we should probably do this at some point,’ but it just hasn’t been at the forefront,” Hebel said.

She has some time. Hebel fills out the FAFSA in Pennsylvania, which is where she grew up. That state deadline is more than two months away. But in a number of states, applications are due March 1.