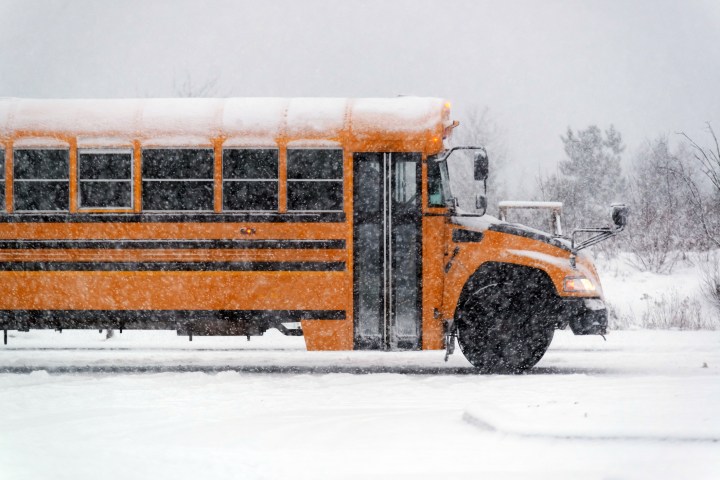 COPY
Inflation has affected school districts everywhere, as costs for everything from cleaning supplies to bus fuel has gone up. shaunl / Getty Images

Inflation has affected school districts everywhere, as costs for everything from cleaning supplies to bus fuel has gone up. shaunl / Getty Images
Listen Now

A key measure of inflation, the producer price index, is out this morning. School districts are among those grappling with rising costs. They buy food for the cafeteria, fuel for buses and also have to take into account that their workforce has increased costs as well.

Superintendent Paul Imhoff leads Upper Arlington City school district in Ohio, just outside of Columbus, where they get a lot of snow.

And the schools have to keep their sidewalks and parking lots cleared.

“So we go through an enormous amount of salt, just so our schools are safe, and they can be accessed and we can keep the doors open,” he said.

The district is now paying more for all that salt. Imhoff said prices have also gone up for things like paper, and cleaning supplies.

He leads the School Superintendents Association, and said other districts are seeing prices rise too.

“I think a lot of people are just trying to determine if this is a new normal, or if this is a bump in the road,” he said.

If it is the new normal, another cost that could be affected is wages. Like many other employers, school districts are facing pressure to raise wages.

The federal government did give districts $122 billion in the American Rescue Plan, the stimulus that passed last year. But that money is for improving HVAC systems, hiring counselors and other things related to the pandemic. It’s not for long-term increased costs.

Jannelle Kubinec, with the research non-profit WestEd, said districts have to start planning for the future.

“You know, many of them are faced with saying, well, we can’t afford to have all the expenses we have if we don’t see a dramatic increase in ongoing revenue,” she said.

In Ohio, superintendent Imhoff is going to ask voters to increase his district’s revenue, and has to consider the different inflation forecasts.

“Because we don’t like to ask our voters for money any more often than every three or four years, and so we have to make sure that we ask for enough, but we certainly don’t want to ask for too much,” he said.

Imhoff said he has to decide how much money to ask for by this summer.